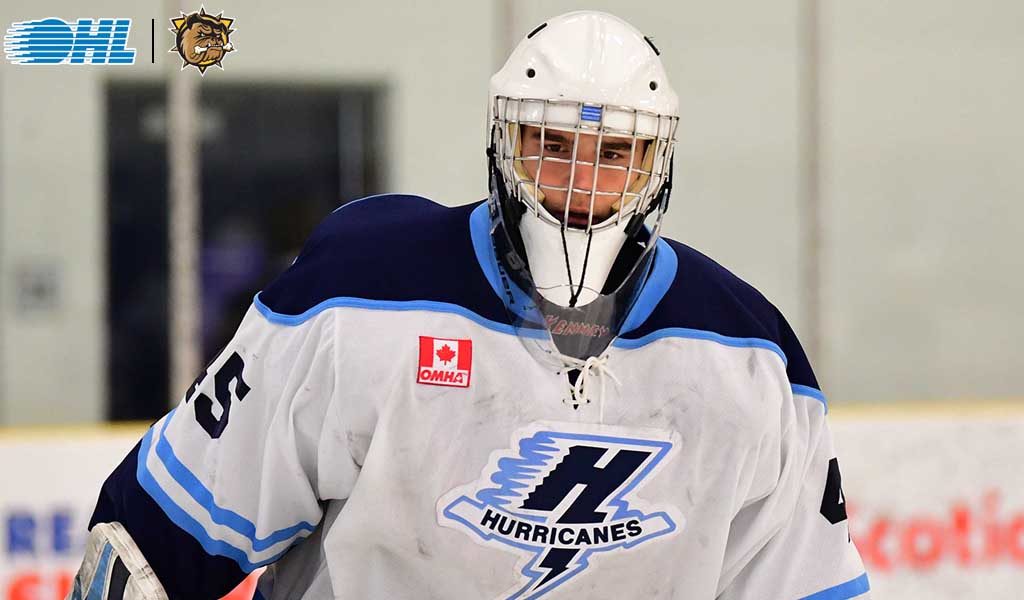 Hamilton, ON – The Hamilton Bulldogs have announced the signing of goaltender Matteo Drobac to a standard players agreement. Drobac was a sixth-round pick in the 2019 OHL priority selection.

In 15 regular season games with the Halton Hurricanes Minor Midget Team, Drobac posted a goals against average of 2.04. This past summer, he was one of 12 goaltenders in the 2003 age group across Canada to participate in Hockey Canada’s U-17 program. Drobac, originally from Oakville, ON is slated to play for the Hamilton Kilty B’s (GOJHL) this coming season.

Bulldogs President & General Manager, Steve Staios says “We are excited to have received a commitment from Matteo. He’s a goaltender with tremendous upside who continues to push himself every day. It will be fun to watch his growth this season with the Hamilton Kilty B’s.”