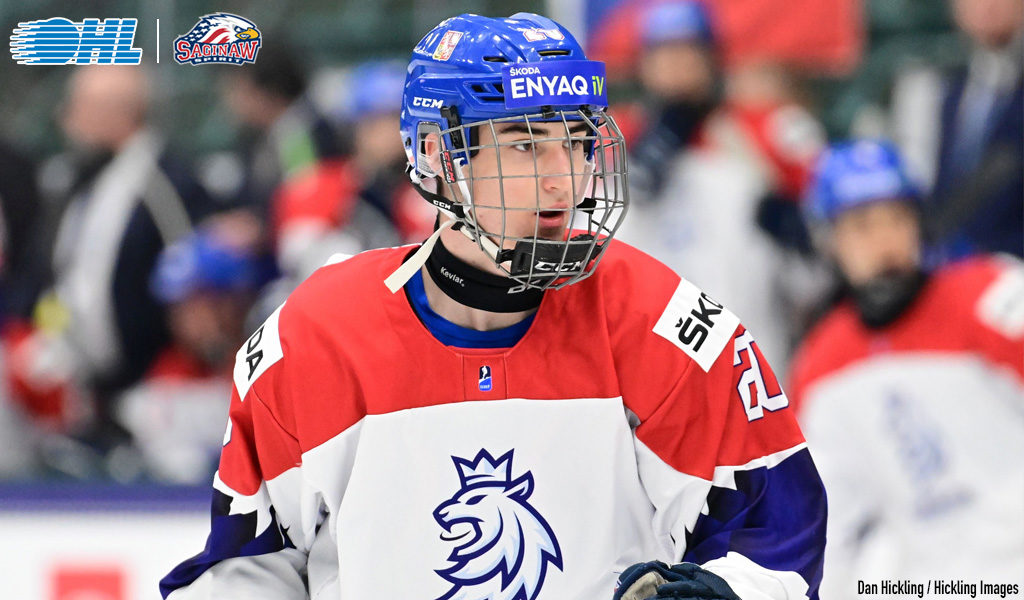 “Import Draft day was an exciting and nervous day for us because Matyas was the player we really wanted,” said Drinkill. “To be able to draft him at pick 15, and now have him commit to our program here in Saginaw is extremely exciting for myself and the organization. Matyas is a skilled player that moves and skates extremely well for a young man of his size. With all the on-ice tools, skill development sessions, and video sessions we provide our players, we feel that Sapovaliv will only get better and better as he gets accustomed to our league and system. I know Coach Lazary and his staff are anxious to get started in a few months. Looking at the roster and having Matyas down the middle for the next few seasons is a great feeling.”

The Spirit made Sapovaliv the 15th overall pick in the 2021 CHL Import Draft in late June. The Kladno, Czech Republic native spent the 2020-21 season playing for Rytiri Kladno at the Under-20 level and in the 2nd Czech Professional Hockey League.

With the U-20 team, Sapovaliv scored four goals and added seven assists for 11 points in six games. That output earned Sapovaliv a call up to the Kladno Men’s team, where he had three assists in 12 games.

The 6-foot-4, 190-pound center competed as an underage player on the Czech Republic’s Under-18 National Team that took part in the World Championships this past April in Dallas, Texas.