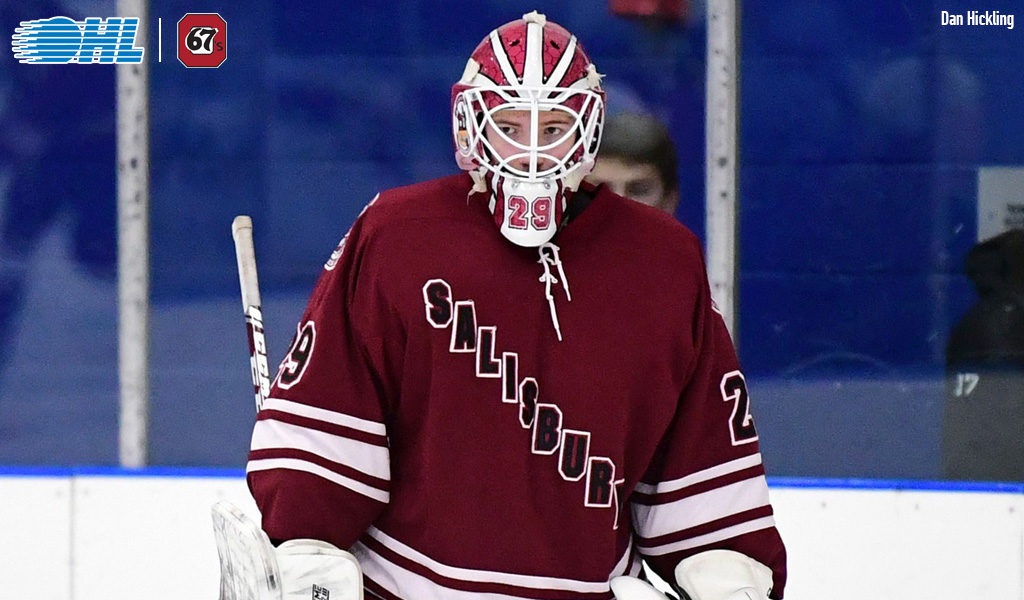 Ottawa, ON – The Ottawa 67’s announced Monday that goalie Max Donoso has committed to the team.

Selected in the fifth round, 98th overall of the 2019 OHL Priority Selection, Donoso had managed to stand out and get drafted by the Barber Poles after a great 2018-2019 season with the Windsor Jr. Spitfires, keeping a goals against average of 2.02, which was the best G.A.A. in all of the ALLIANCE.

“We drafted Max two-years ago. He played for the Windsor Jr. Spitfires. And then, Max spent last year at Salisbury Prep School in Connecticut. It was a tremendous development opportunity for him, and he excelled in that setting. We’re thrilled to have Max as part of our goaltending depth in our organization,” said Jan Egert, 67’s Assistant General Manager and Director of Scouting.

The Windsor native played 13 games for Salisbury in 2019-2020 and collected six clean sheets for his club, while averaging a .927 save percentage.