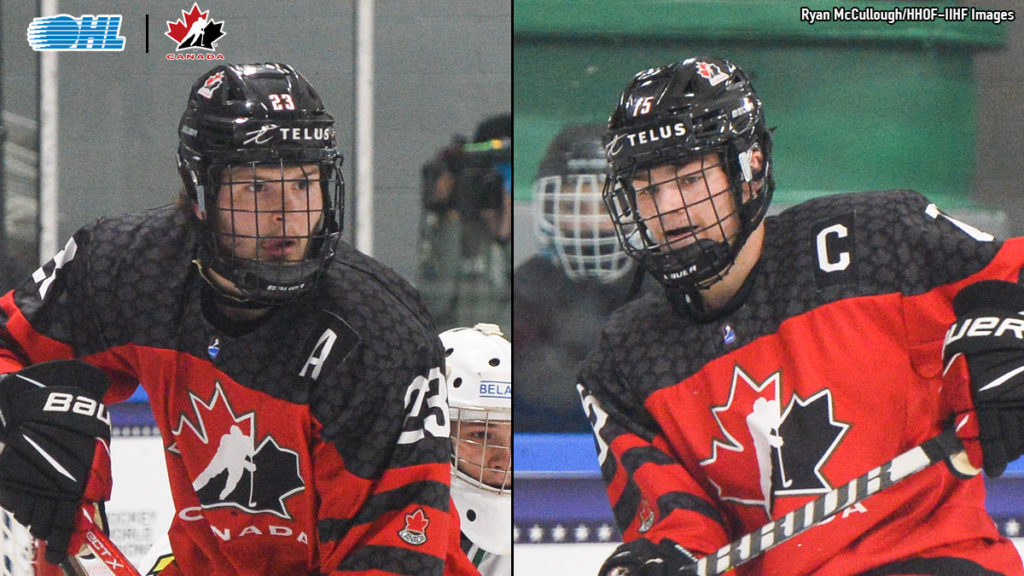 Wright, who returned to the lineup after sitting out two games for precautionary reasons, put Canada on the board five minutes in. Olen Zellweger (Everett Silvertips) made it 2-0 off a feed from Wyatt Johnston (Windsor Spitfires) to round out the opening frame.

McTavish dangled through the Belarusian defence and widened the goal cushion early in the second period before Wright struck again minutes later for a 4-0 advantage. Belarus pulled within one off the stick of Andrei Loshko on the man advantage at the 14:28 mark.

McTavish capitalized on the power play for his second marker of the night as Francesco Pinelli (Kitchener Rangers) provided a secondary assist. Belarus’ Ilya Morozov cut into the lead with less than three minutes remaining for a 5-2 final.

Canada outshot Belarus 33-26 and Ben Gaudreau (Sarnia) stood tall between the pipes, turning aside 24 shots in the victory.

The Canadians conclude preliminary action with a 4-0-0-0 record and clinch first place in Group A. They’ll meet the Czech Republic in Quarter-Final play on Monday at 4:00 pm ET on TSN.