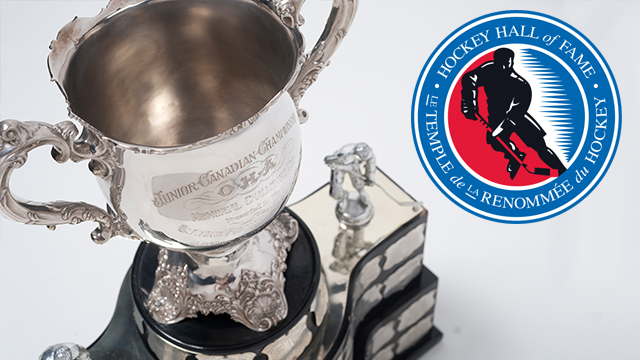 Since its inception 100 years ago, the Memorial Cup has served as the pinnacle of Canadian Major Junior hockey, as well as a reminder of the sacrifices made by Canadians during wartime.

The trophy was the brainchild of the Canadian Amateur Hockey Association president at the time, Captain James T. Sutherland, who dedicated it to all hockey players that gave their lives during the First World War.

Following the war, the Ontario Hockey Association donated the Memorial Cup to be competed for annually to determine Canada’s top junior hockey team.

Opening on March 9, 2018, the limited-time Memorial Cup Centennial Exhibition at the Hockey Hall of Fame pays homage to the top moments and players in Memorial Cup history. 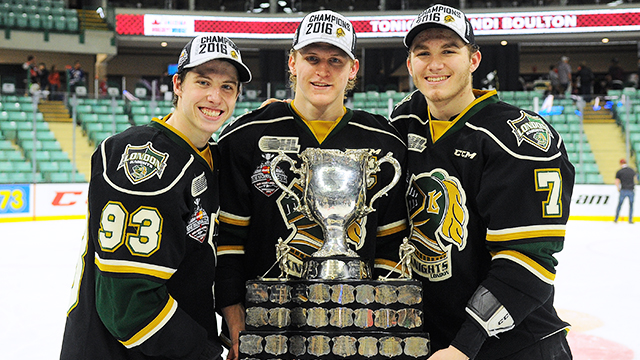 Highlighted in this showcase is the Original Memorial Cup (circa 1918), and featured artifacts include championship rings from Doug Gilmour (1981) and Cam Neely (1983), as well as Eric Lindros’ jersey from 1991.

The Centennial Exhibition also shines a light on some of the most memorable Memorial Cup championship teams, including the Kamloops Blazers dynasty of the early 1990’s and the 2005 London Knights team which is widely regarded as one of the greatest junior hockey teams in history.

The Memorial Cup is often referred to as “the toughest trophy in hockey to win.” In fact, only 48 members of the Hockey Hall of Fame can lay claim to having been part of a Memorial Cup championship.

Players such as Maurice Richard, Gordie Howe, Bobby Orr, Wayne Gretzky and Mario Lemieux never won the trophy, but all went on to have exceptional NHL careers.

Of those 48 inductees, only five have won the Memorial Cup twice and just 31 of them would go on to win the Stanley Cup in their careers.

Two inductees, Scott Niedermayer and Dale Hawerchuk, were both named tournament Most Outstanding Player, with Hawerchuk also winning the award for sportsmanship while tying the record for most goals in a tournament with 8.

Eric Lindros, a 2006 Inductee, is the only one to win the Memorial Cup and the World Junior Championship in the same season.

While legendary NHL careers followed these men, their junior exploits set the stage for great professional careers which culminated with their enshrinement in the Hockey Hall of Fame.

Re-dedicated in 2010 to also honour all fallen Canadian military personnel since World War I, the Memorial Cup is exactly that, a trophy that memorializes those who died in military service for Canada.

Opening on March 9, 2018, the limited-time Memorial Cup Centennial Exhibition at the Hockey Hall of Fame honours one of the oldest and most-coveted prizes in the world of hockey and is a must see for fans of all ages. 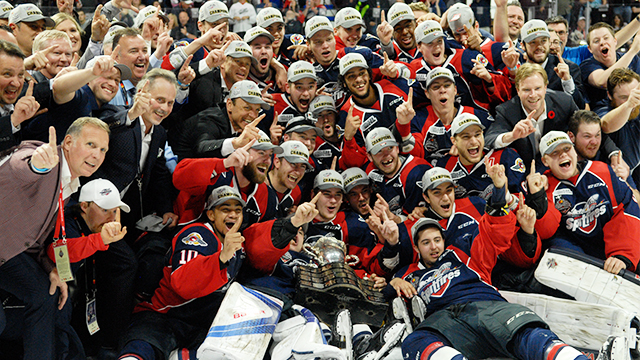