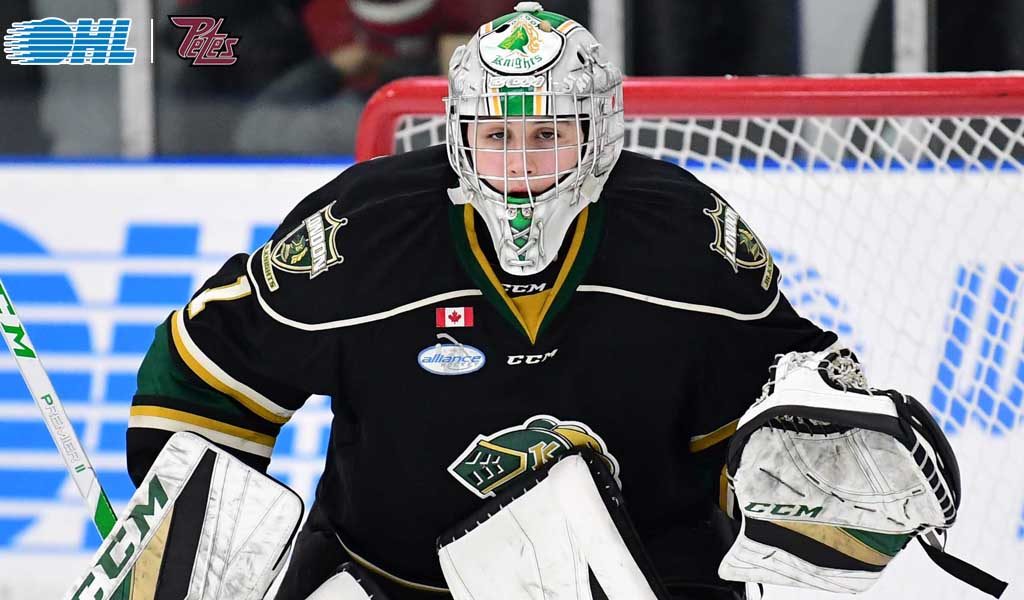 Simpson, a 2003-born netminder, was selected by the Petes in the 10th round, 193rd overall in the 2019 OHL Priority Selection. In 16 games with the London Minor Midget Junior Knights last season, Simpson registered a 2.24 goals against average. The 6’1”, 201lbs London native won bronze with Team ALLIANCE at the 2019 OHL Gold Cup and also took part in the 2019 OHL Cup.

Goaltender Michael Simpson (@001simpsonn) has committed to playing for your Peterborough Petes!

“Our scouts were impressed with Michael’s play over the season, into playoffs, and at the OHL Gold Cup,” commented Oke. “Our goaltending coach, Andrew Verner, is excited to work with Michael and develop him the way he has other Petes goalies like Hunter Jones, Tye Austin, Dylan Wells, and more.”

“I’ve always wanted to play in the OHL, so committing to playing for the Petes is a dream come true,” added Simpson. “Going to Peterborough is going to be awesome given how much success they’ve had in developing players, especially goalies. I’m really excited for the next couple of years.”