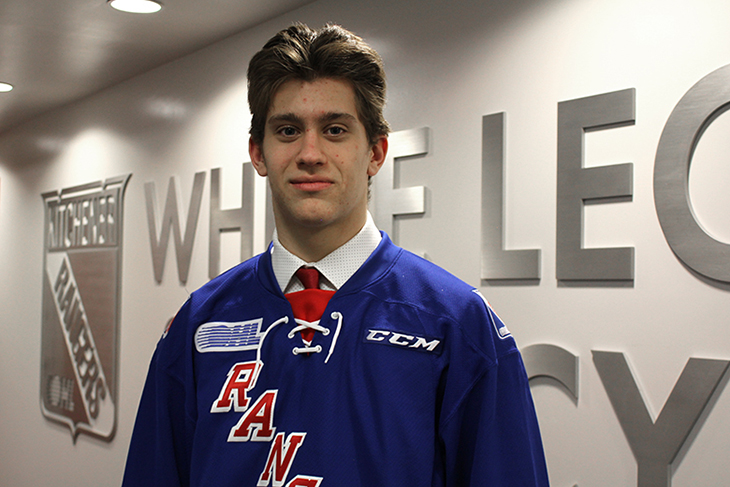 Kitchener, ON – The Kitchener Rangers announced today that defenceman Michael Vukojevic (pronounced: Voo-KOY-ah-veech) has committed to an Ontario Hockey League standard player agreement with the Club.

The 16-year-old, Oakville, ON native was the 2nd round, 33rd overall pick by the Rangers in the 2017 OHL Priority Selection. He spent the early part of this season with the Green Bay Gamblers of the USHL, registering two points and was a +4 with 21 penalty minutes in 12 games played.

Prior to being selected by the Rangers in this past spring’s draft, the 6’3”, 212lb rearguard was a member of the GTHL’s Mississauga Rebels. During the 2016-17 campaign, he registered 11 goals and 24 assists for 35 points in 51 regular season games played.

In the 2017 OHL Cup, Vukojevic registered a trio of assists in his team’s five games played.

“We would like to welcome Michael to Kitchener and into the Rangers family,” said general manager Mike McKenzie. “We are very excited Michael has chosen to continue his junior hockey career with us. He has all the tools to become a special player in this league and we look forward to seeing him develop and grow on and off the ice here in Kitchener. 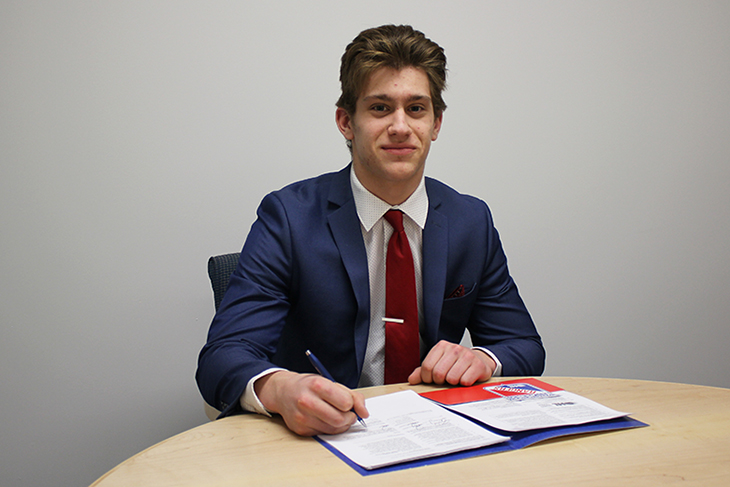