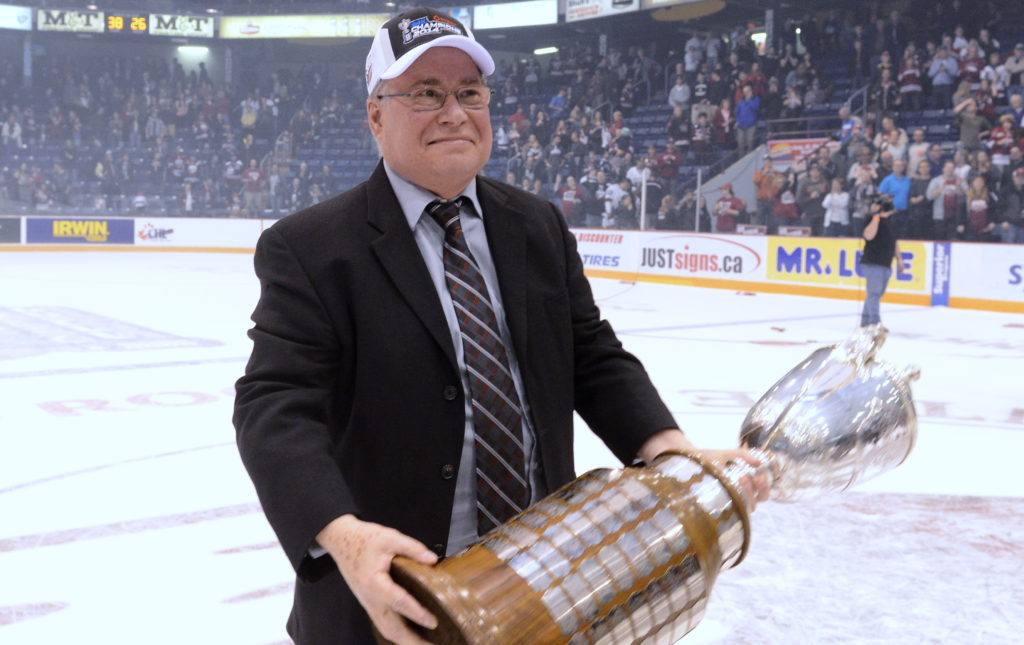 Guelph Storm President Rick Hoyle and General Manager Mike Kelly, jointly announced today that Mike will step down when his current contract expires at the end of May.

“Mike has informed us that he and his wife Denise, will be relocating to the Niagara region to be closer to their children and grandchildren.  We respect Mike’s decision to prioritize his family,” stated Hoyle.

Kelly originally joined the Guelph Storm when the franchise relocated to the Royal City for the 1991-92 season.  After guiding the club for their first six seasons, Kelly left the organization to become the Calgary Flames’ Amateur Scouting Co-ordinator in 1997.  In November, 2010, he returned to Guelph for his second stint as General Manager.

“It is an honor to be General Manager of the Storm. I am extremely grateful for the support of the Storm ownership group; fellow staff members, arena staff, billets, teachers, fans, sponsors, media, and particularly the players and their families,” said Kelly.

“My wife and kids have been very supportive and accepting of the 80-90 hour weeks and the time away from home associated with being the General Manager of a major junior hockey team,” Kelly added.  “However, I now have a unique opportunity to spend quality time with my wife, kids and grandkids, and at this stage in my life, I no longer want to put that opportunity on the back burner.  A new General Manager will also bring a new perspective to the Storm organization – a perspective that can be very healthy in building on the talented foundation of the youngest team in the OHL.”

A search for just the fifth different General Manager in the 26-year history of the Storm will commence immediately.  Mike will continue with his General Manager duties until his successor has been put in place.

“The entire Storm ownership group wants to thank Mike Kelly for his never-ending hard work and dedication in contributing to our past successes, and for helping position the Storm for continued future success,” declared Hoyle.