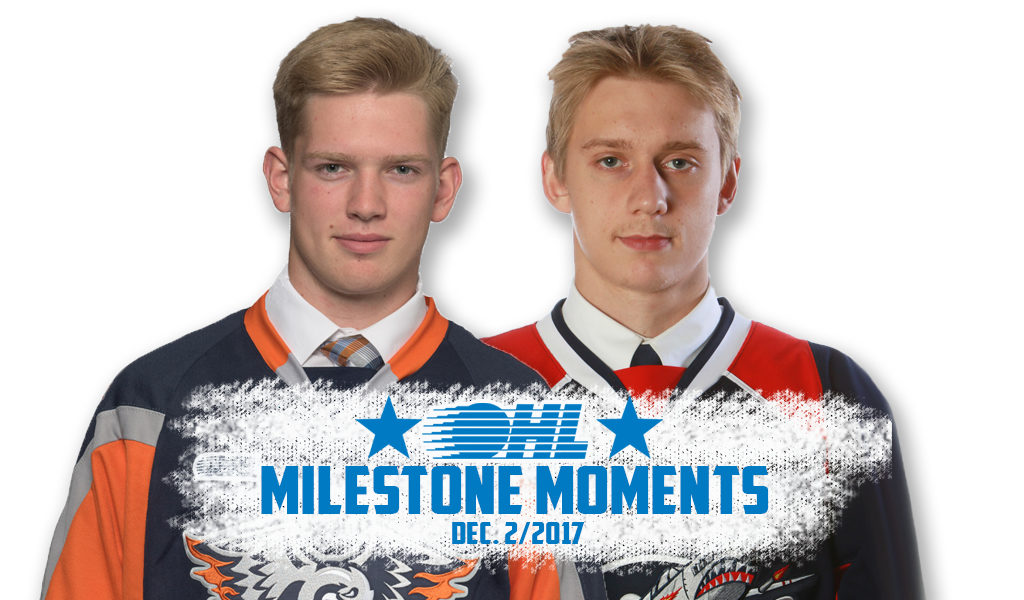 JACK WISMER (FLINT FIREBIRDS):
Flint Firebirds rookie Jack Wismer picked off a turnover by Niagara IceDogs goaltender Stephen Dhillon and promptly put it in the back of the net for his first career OHL goal. Wismer’s marker came in a 6-4 loss to the visiting IceDogs as the 17-year-old tallied in his 26th game of the season. The Stoney Creek, Ont. native was Flint’s second round (41st overall) pick in the 2016 OHL Priority Selection from the Hamilton Jr. Bulldogs Minor Midgets.

KIRILL KOZHEVNIKOV (WINDSOR SPITFIRES):
Russian winger Kirill Kozhevnikov got his stick on a Nathan Staios point shot 3:07 into the first period, redirecting the puck past Oshawa’s Cole Ceci for his first OHL goal. The Spits took a 3-0 shutout victory over Oshawa as Kozhevnikov scored in his 24th game of the season. A 18-year-old from Nizhnevartovsk, Russia, Kozhevnikov was Windsor’s first round (46th overall) pick in the 2017 CHL Import Draft.