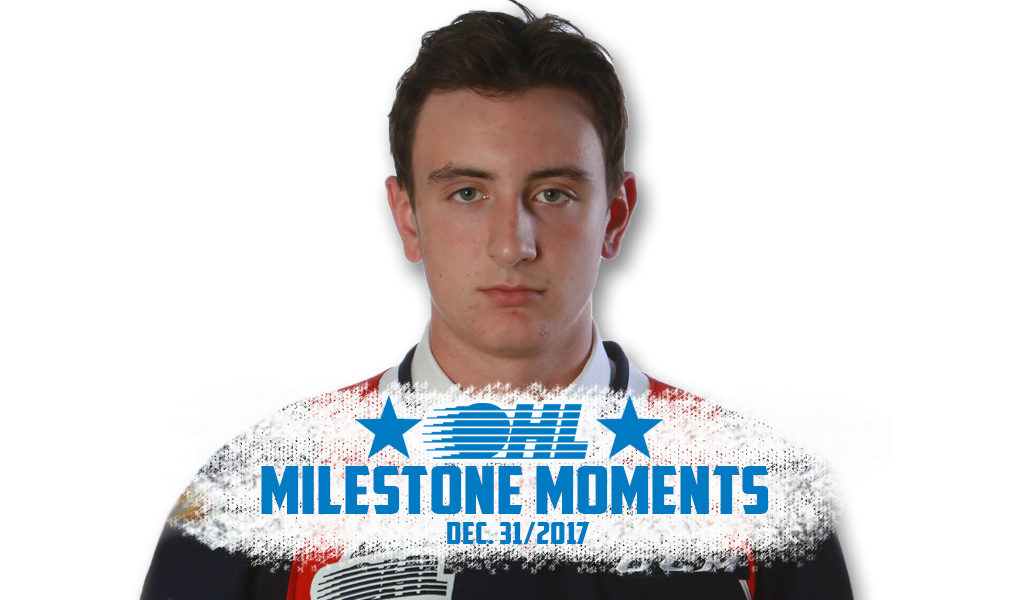 JORDAN FRASCA (WINDSOR SPITFIRES):
Rookie forward Jordan Frasca picked up his first career OHL goal with the Windsor Spitfires on Sunday, closing out 2017 with a milestone marker. Teammate Chris Playfair set up the 16-year-old coming down the middle as he sent a quick release past Saginaw’s Evan Cormier just 1:34 into action. A native of Caledon, Ont., Frasca was Windsor’s seventh round pick in the 2017 OHL Priority Selection from the Mississauga Senators Minor Midgets. He has appeared in six games with the Spits this season while spending the majority of his time with the Chatham Maroons Jr. B club where he has 25 points (9-16–25) in 27 games.