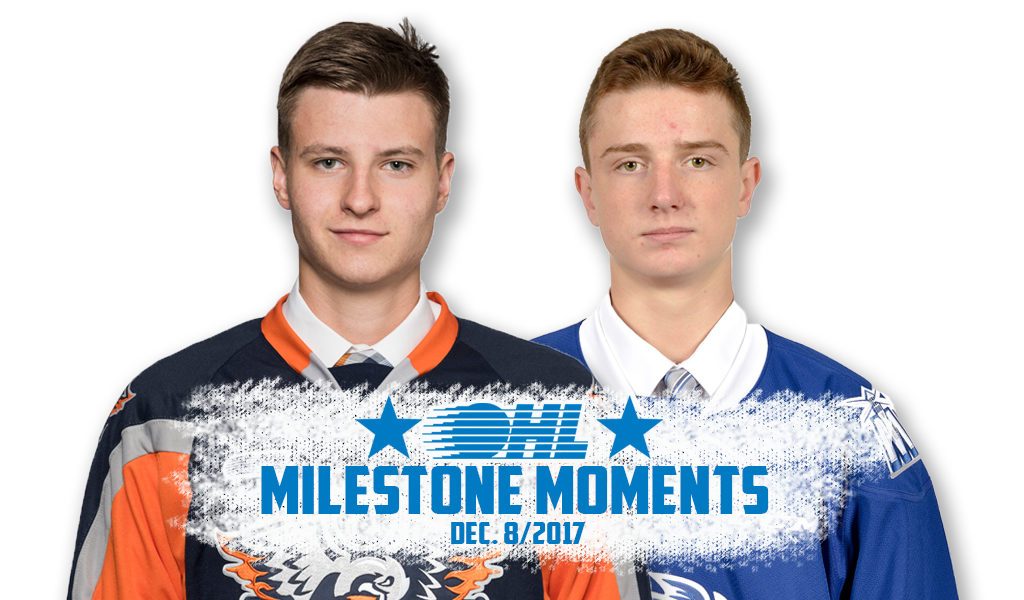 A pair of rookie defencemen scored their first OHL goal on Friday night. Here’s a look at those milestones.

NIKITA ALEXANDROV (FLINT FIREBIRDS):
A quick trigger served big Russian defender Nikita Alexandrov well, netting him his first career OHL goal on Friday in Kitchener. The 6-foot-7, 203Ib. rearguard wristed a low shot through traffic that found its way into the net as he put the Firebirds in the lead 3-2. Flint would lose the game 5-4 in overtime, but it will remain a memorable night for the 18-year-old from Kurgan, Russia. Alexandrov was Flint’s first round pick in the 2017 CHL Import Draft.

THOMAS HARLEY (MISSISSAUGA STEELHEADS):
Rookie Mississauga Steelheads blueliner Thomas Harley picked up his first OHL goal on home ice Friday night, sending a wrist shot under the glove of Barrie’s Kai Edmonds. Harley’s goal 9:19 into the third period came with assists from Merrick Rippon and Albert Michnac as his marker tied the game at two. Barrie would go on to win 3-2 on a late goal, but Harley’s first OHL marker remains on the scoresheet nonetheless. The 16-year-old from Syracuse, New York was Mississauga’s first round (14th overall) pick in the 2017 OHL Priority Selection from the Vaughan Kings Minor Midgets.