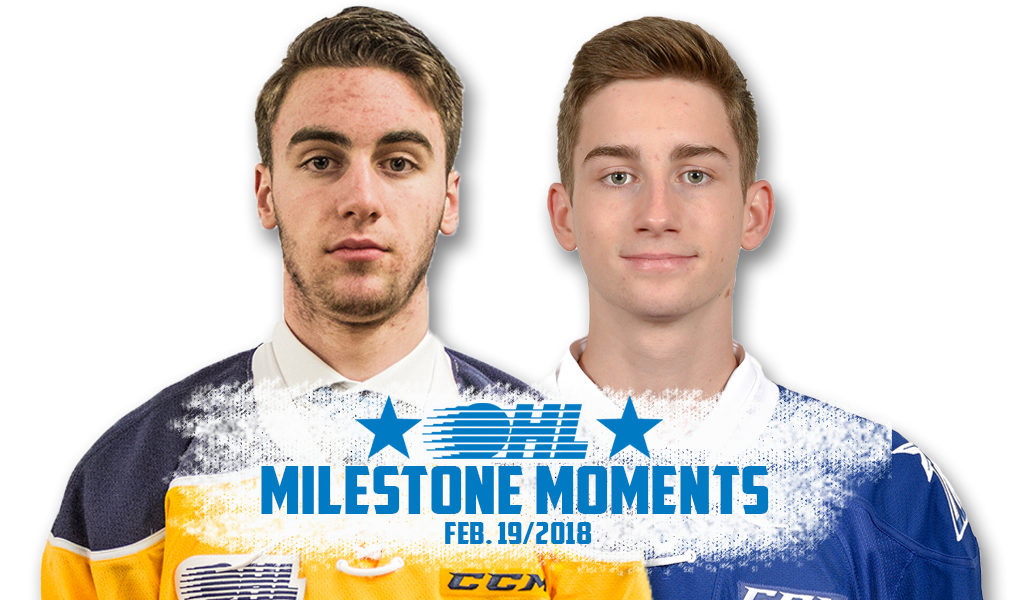 Two OHL performers reached new career milestones on a busy Family Day in the OHL. Here’s a look at those accomplishments.

DANIEL MURPHY (ERIE OTTERS):
Rookie netminder Daniel Murphy recorded a 28-save shutout in his hometown of Guelph, leading the Erie Otters past the Storm 4-0. Murphy stopped all 28 shots he faced to help the Otters earn their third win in the past four games. Murphy, who turned 18 on Sunday, holds a 4-12-1-1 record with a 3.45 goals-against average and an .892 save percentage over 19 games this season. He was the final pick of the 2016 OHL Priority Selection from the Brantford 99’ers Minor Midgets and spent the first half of this season with the Mississauga Chargers Jr. A club.

ADAM VARGA (MISSISSAUGA STEELHEADS):
Rookie forward Adam Varga scored his first career OHL goal on Monday, helping the Mississauga Steelheads defeat the visiting Flint Firebirds 4-0. Varga scored unassisted 10:33 into the third period to help the Steelheads earn their 25th win of the season and keep a grip on the final playoff spot in the Eastern Conference. A 16-year-old from Bel Air, Maryland, Varga has a goal and five assists in 34 games this season. He was Mississauga’s seventh round pick in the 2017 OHL Priority Selection from the Washington Little Caps 15U.