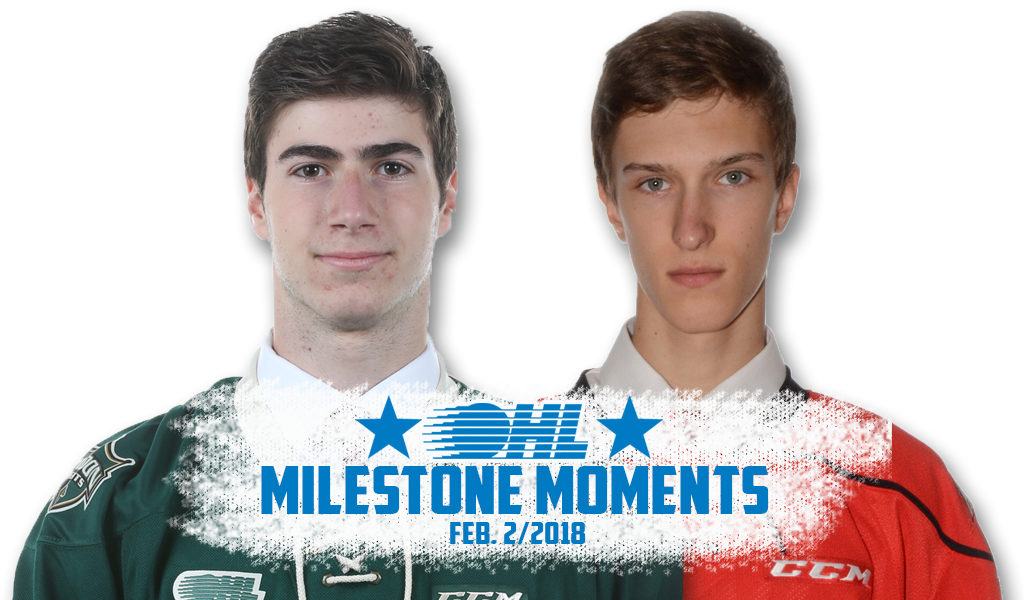 Two OHL defencemen scored their first career goals on Friday as London’s Jacob Golden and Owen Sound’s Igor Chibrikov both had memorable nights. Here’s a look at their milestone goals.

JACOB GOLDEN (LONDON KNIGHTS):
Minnesota Wild prospect Jacob Golden crept in from the point to take a feed from Sergey Popov and put it in the back of the net. Golden’s first of his OHL career came with 4:45 left in the second period as the Knights went on to lose to the visiting Barrie Colts by a score of 8-4. An 18-year-old native of Toronto, Ont., Golden’s first goal comes in his 82nd career OHL contest. He has a goal and six assists in 44 games this season. He was London’s 15th round pick in the 2015 OHL Priority Selection from the Mississauga Rebels Minor Midgets.

IGOR CHIBRIKOV (OWEN SOUND ATTACK):
Igor Chibrikov’s first OHL goal was also the game winner as the Owen Sound Attack defeated the Guelph Storm 6-4 on the road. The 6-foot-6 Russian rearguard sent a wrister through traffic that got past Guelph’s Anthony Popovich with 2:48 left in the third period as the Attack climbed into the lead for good. A 16-year-old native of Toronto, Ont., Chibrikov has a goal and three assists in 25 games this season. He was Owen Sound’s second round pick in the 2017 OHL Priority Selection from the OHL Cup champion Mississauga Reps Minor Midgets.