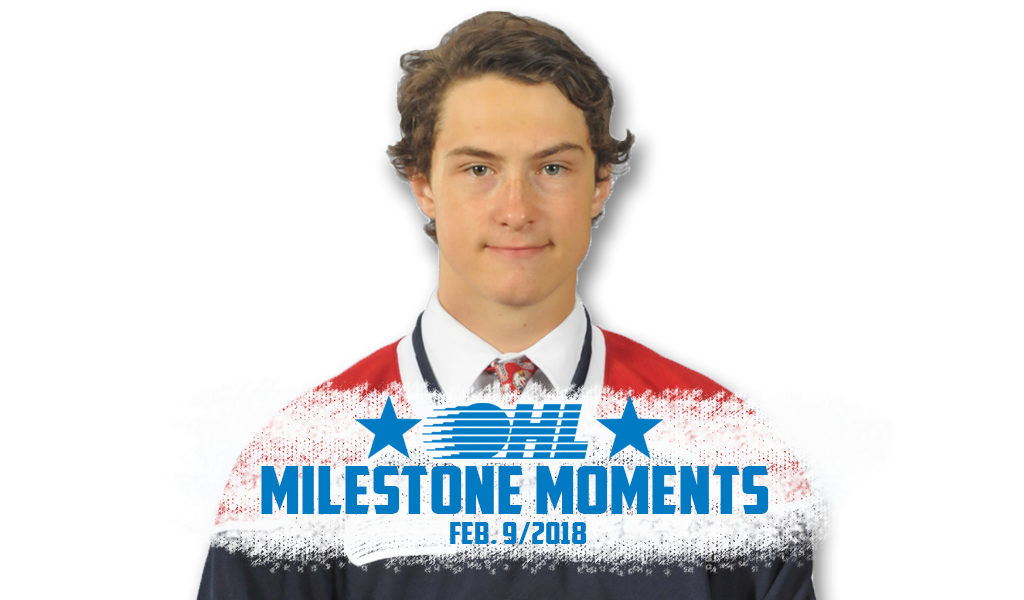 CAMARYN BABER (SAGINAW SPIRIT):
Saginaw Spirit rookie Camaryn Baber scored his first career OHL goal on Friday, converting on a breakaway 13:44 into the second period. Baber’s first came on assists from Nicholas Porco and Hayden Davis as the Spirit went on to lose to the Guelph Storm 4-3 in overtime. The 16-year-old from Sault Ste. Marie, Ont. is the son of former Greyhounds forward and Mastercard Memorial Cup champion Brad Baber. He was Saginaw’s third round pick in the 2017 OHL Priority Selection from the Soo Midget Greyhounds and has three points (1-2–3) in 10 games this season.