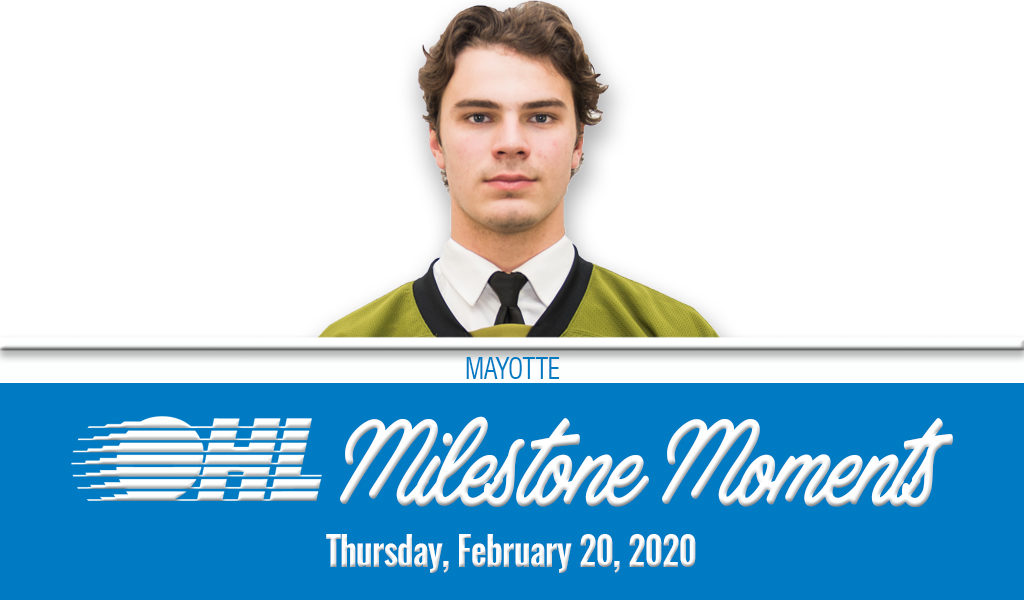 JAMES MAYOTTE (NORTH BAY BATTALION) – 1ST OHL GOAL
James Mayotte scored his first OHL goal in the North Bay Battalion’s 6-2 defeat of the first place Ottawa 67’s. The first year defenceman found the back of the net late in the first period to bring his team up 2-1. The 17-year-old native of Mallorytown, Ont. has put up seven assists for eight points in 43 games with the Troops this season. Mayotte was a fifth round pick of the Troops in the 2018 OHL Priority Selection following his season with the Shattuck-St. Mary’s Under-16 team where he posted 18 points (4-14—18) in 52 games. He’d return the following season to the Shattuck-St Mary’s Minor Midget squad where he put up 20 points  (8-12—20) in 55 regular season games and five points (1-4—5) through 19 postseason appearances.