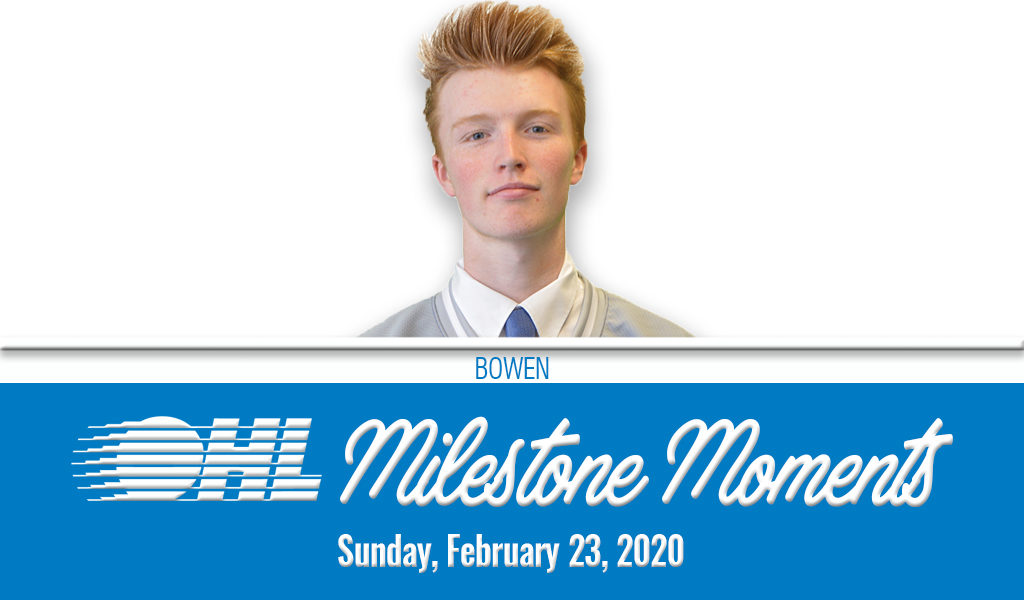 DAVID BOWEN (SUDBURY WOLVES) – 1ST OHL SHUTOUT
Sudbury Wolves goaltender David Bowen recorded his first OHL shutout in his season debut Sunday afternoon, saving all 26 shots that came his way to defeat the CHL’s top ranked Ottawa 67’s by a 2-0 tally. The 19-year-old native of Unionville, Ont. suited up for one game with the Wolves last season and four games throughout 2017-18, posting an overall 2.24 goals-against average and .930 save percentage. Bowen was drafted in the 2016 OHL Priority Selection by the Wolves following a 1.36 goals-against average over 21 games with the Markham Waxers Minor Midgets. He’s spent parts of the last three seasons with the OJHL’s Stouffville Spirit and the NOJHL’s Rayside-Balfour Canadians and had a short three-game stint with the Drummondville Voltigeurs of the QMJHL. In 23 games with Rayside-Balfour this season, Bowen is 18-4-0-0 with a 2.64 goals-against average, a .925 save percentage and two shutouts.