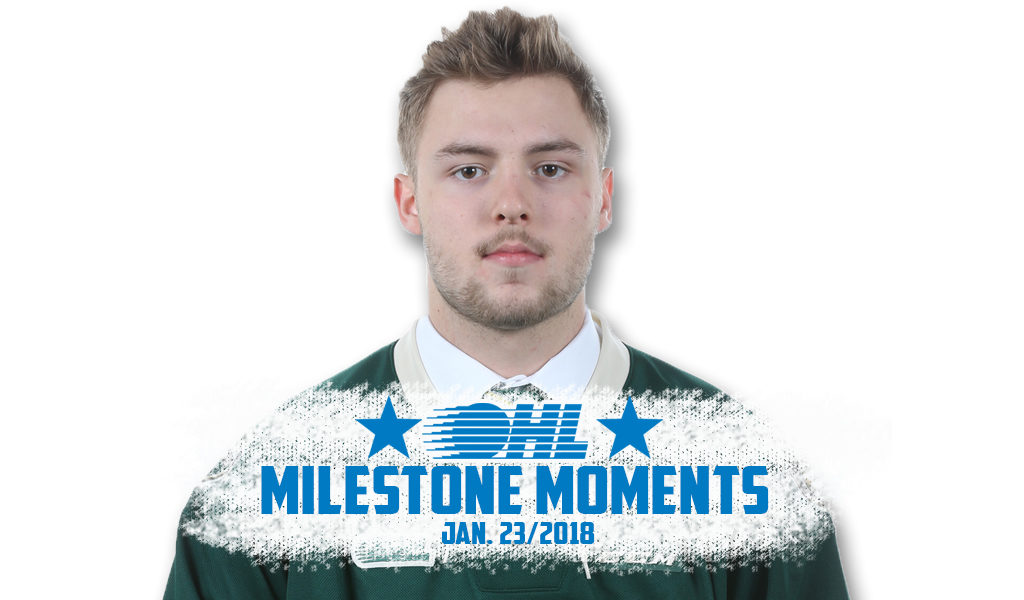 ALEX TURKO (LONDON KNIGHTS):
London Knights forward Alex Turko scored his first career OHL goal on Tuesday, taking a pass from linemate Dalton Duhart to beat Kitchener’s Luke Richardson with a backhand release 6:51 into the first period. The Knights would lose the game 3-2 in a shootout, but Turko’s first was one to remember. A recently-turned 19-year-old from London, Turko has a goal and seven assists in 33 games with the Knights this season. He was the club’s eighth round pick in the 2015 OHL Priority Selection from the London Jr. Knights Minor Midgets.