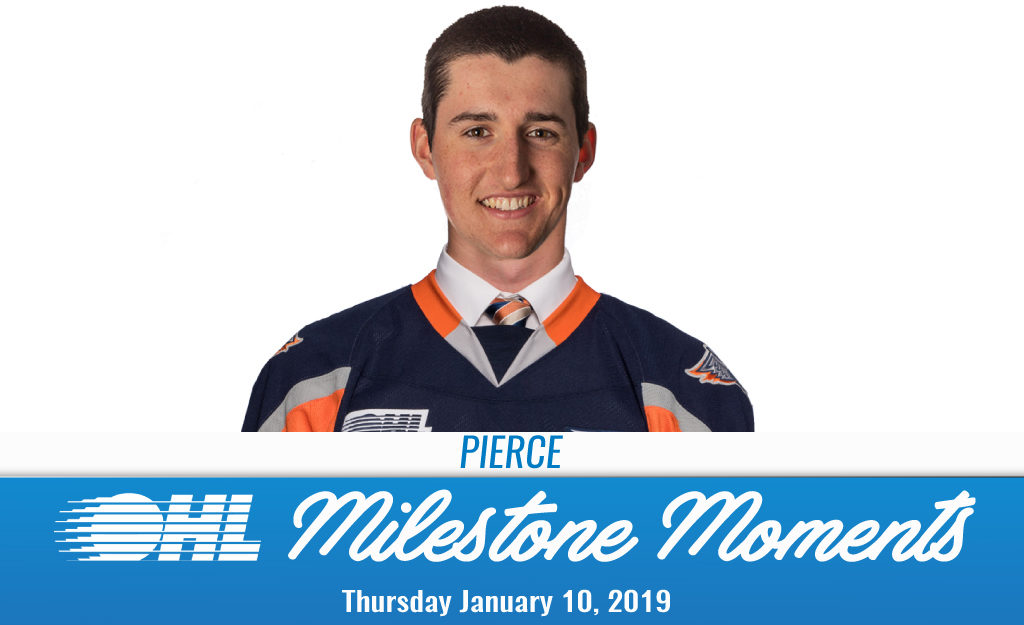 EMMET PIERCE (FLINT FIREBIRDS):
Newly acquired forward Emmet Pierce camped his 6-foot-6 frame in the slot and potted his first career OHL goal in his Flint Firebirds debut. The 17-year-old product of Napanee, Ont. had help from Dennis Busby and Hunter Holmes on his first OHL marker as the Firebirds came up short in Windsor, dropping a 4-3 decision. Pierce, who had been producing at a nearly point-per-game pace with the GOJHL’s Strathroy Rockets this season, was acquired from the London Knights on Thursday. The Quinte Red Devils Minor Midget grad was London’s fourth round pick in 2017.