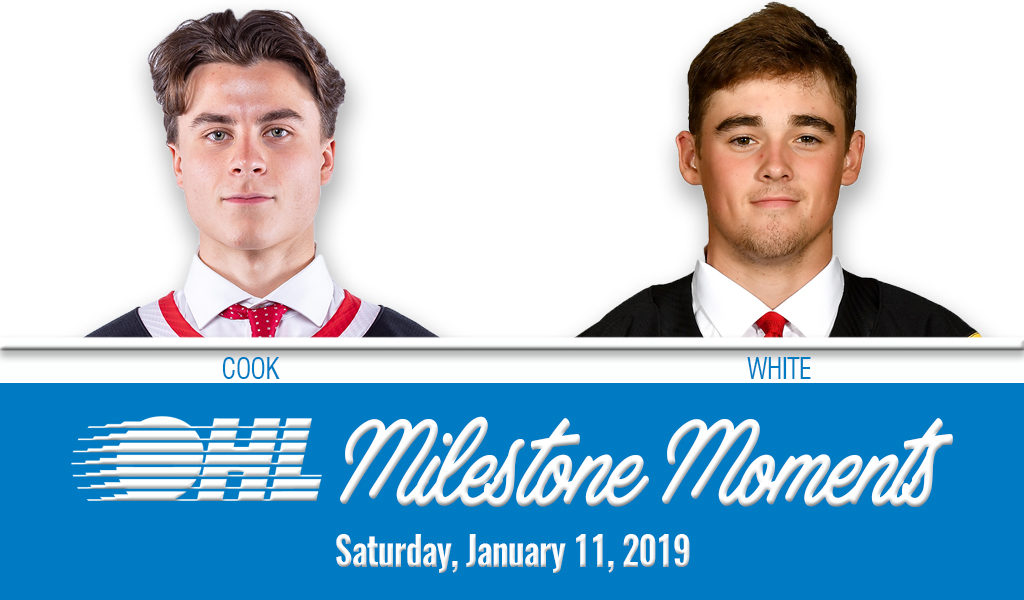 AJ COOK (NIAGARA ICEDOGS):
Niagara IceDogs defenceman AJ Cook scored his first career OHL goal on Saturday. The 18-year-old local product found the back of the net in the club’s 4-2 road loss to the Erie Otters, lighting the lamp in his 34th game of the season. The former 15th round pick in the 2017 OHL Priority Selection has six points (1-5–6) this season splitting the 2018-19 campaign between the IceDogs and Ridley College. Cook is a graduate of the Niagara North Stars Minor Midget program.

GAVIN WHITE (HAMILTON BULLDOGS):
Hamilton Bulldogs blueliner Gavin White scored his first career OHL goal in Saturday’s 4-3 shootout loss to the Sarnia Sting. White found the back of the net 2:02 into the second period with assists from Ryan Winterton and Tag Bertuzzi, getting onto the scoresheet in his 23rd game of the season. Hamilton’s third round pick in the 2019 OHL Under-18 Priority Selection, White has three points (1-2–3) this season. The 17-year-old from Brockville, Ont. spent last season with the Brockville Braves U18 program.