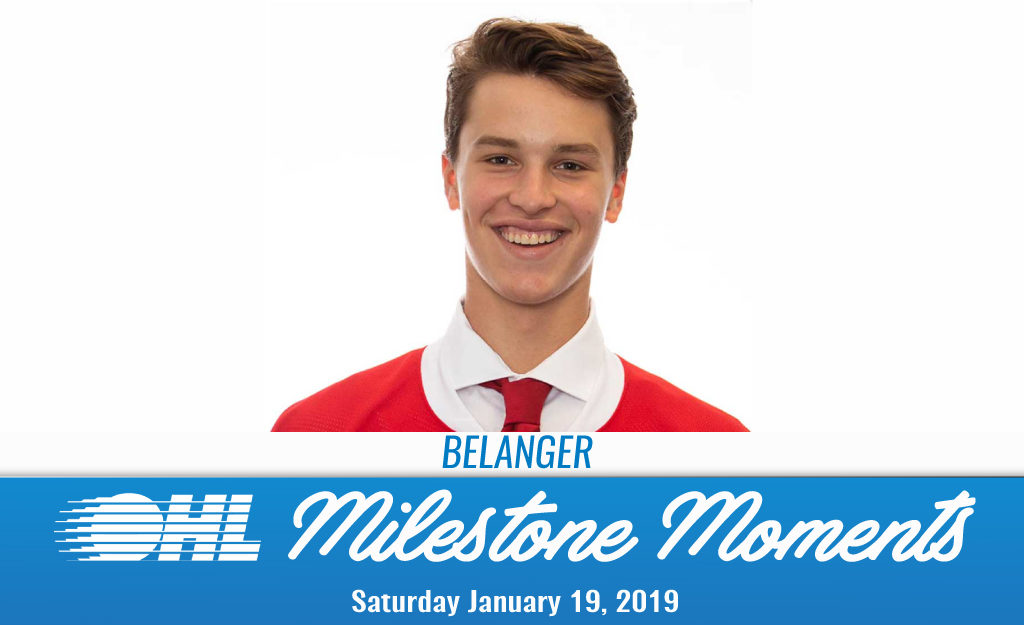 ALEC BELANGER (OTTAWA 67’s):
Rookie defenceman Alec Belanger‘s first OHL goal came at the right time, standing as the game winner in a 5-3 Ottawa 67’s victory over the visiting Hamilton Bulldogs. Lucas Chiodo and Mitchell Hoelscher picked up assists on Belanger’s first that came 7:13 into the second period and helped Ottawa come all the way back from a 3-1 deficit. A 16-year-old from Barrie, Ont., Belanger has three points (1-2–3) over 13 games this season after being Ottawa’s third round (44th overall) pick from the Barrie Colts Minor Midgets in 2018. Belanger has also seen time with the Ottawa Jr. Senators of the CCHL this season, recording six points (4-2–6) over 14 games at the Jr. A level.