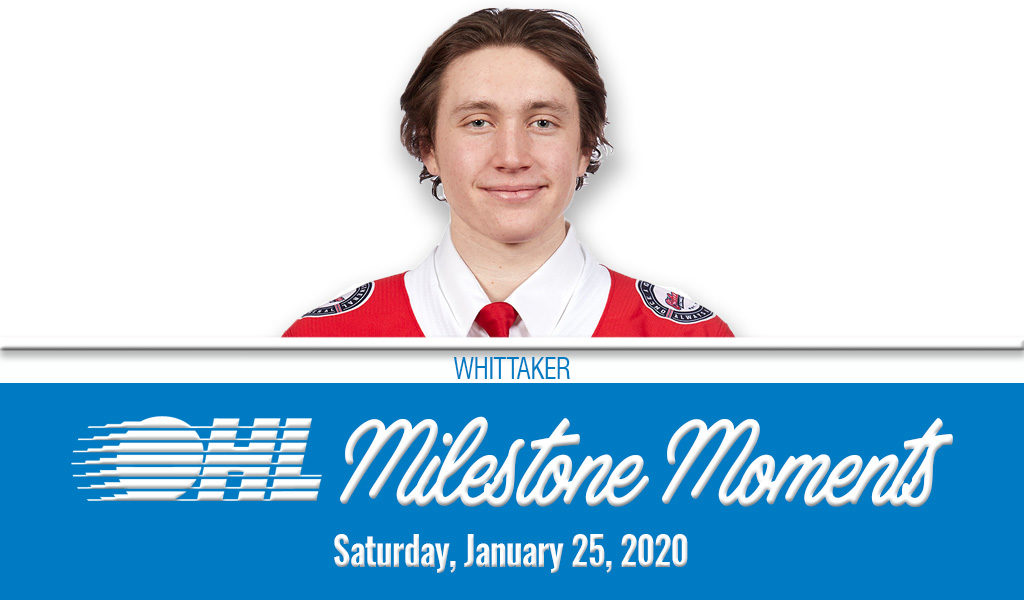 LIAM WHITTAKER (OSHAWA GENERALS) – 1ST OHL GOAL
Oshawa Generals defenceman Liam Whittaker scored his first OHL goal in Saturday’s 7-4 win over the Kingston Frontenacs on Sportsnet. The 18-year-old from Holland Landing, Ont. had help from Ryan Stepien and William Ennis 5:37 into the first period, knotting the score at one before the Generals climbed ahead for good moments later. Acquired from the London Knights back in September, Whittaker spent the 2018-19 season with the Komoka Kings of the GOJHL, recording 17 points (7-10–17) over 22 games. The former fifth round pick in the 2017 OHL Priority Selection is a graduate of the York-Simcoe Express Minor Midget program.