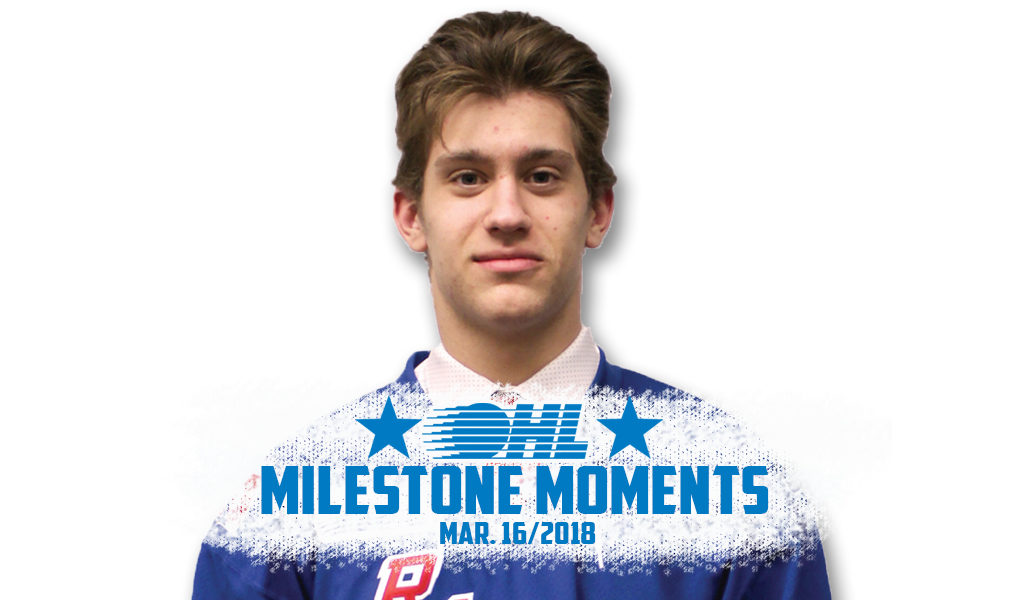 MICHAEL VUKOJEVIC (KITCHENER RANGERS):
The Kitchener Rangers’ final game of the 2017-18 season will always be a special one for rookie defenceman Michael Vukojevic as the 16-year-old scored his first career OHL goal on Friday. Vukojevic gave the Rangers a temporary lead with his goal 3:08 into the second period on assists from Joseph Garreffa and Givani Smith. The visiting Guelph Storm would eventually come back and beat the Rangers 6-3 as Vukojevic’s first goal came in his 24th game of the season. The Oakville, Ont. native was Kitchener’s second round pick in the 2017 OHL Priority Selection from the Mississauga Rebels Minor Midgets.