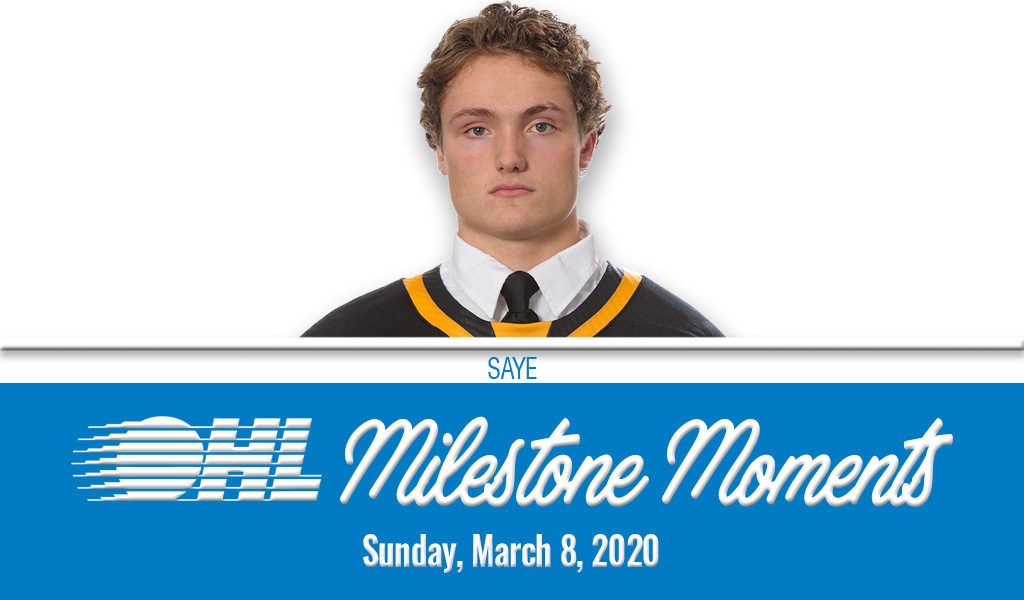 OWEN SAYE (SARNIA STING) – 1ST OHL GOAL
Sarnia’s Owen Saye scored his first OHL goal as part of a 4-1 defeat of the Guelph Storm on Sunday night. The 18-year-old Toronto native opened the scoring two minutes into the first period with help from Nolan DeGurse. Over 41 games, Saye now owns four points with the team. He was drafted in the eighth round of the 2018 OHL Priority Selection following a 31-point season with the Don Mills Flyers. He suited up for four games with the Sting during the 2018-19 season, also spending time with the Flyers and the Newmarket Hurricanes.