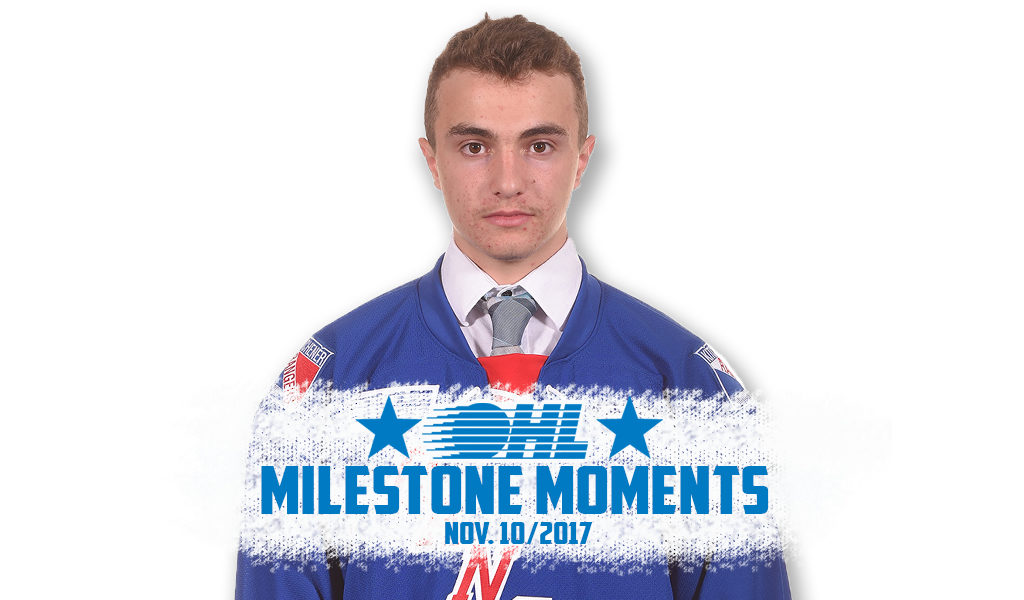 MIKE PETIZIAN (KITCHENER RANGERS):
Kitchener Rangers rookie Mike Petizian used a quick trigger to beat one of the OHL’s best for his first career OHL goal on Friday. Nick McHugh fed Petizian out of the corner as the Rangers rookie wired a quick wrister over the shoulder of Windsor’s Michael DiPietro to put the Rangers in front 2-1. Kitchener would go on to win the contest 4-3 and Petizian, the MVP of the 2017 OHL Cup, had a night to remember. The 16-year-old Mississauga, Ont. native was Kitchener’s fifth round pick in the 2017 OHL Priority Selection from the Mississauga Reps Minor Midgets.