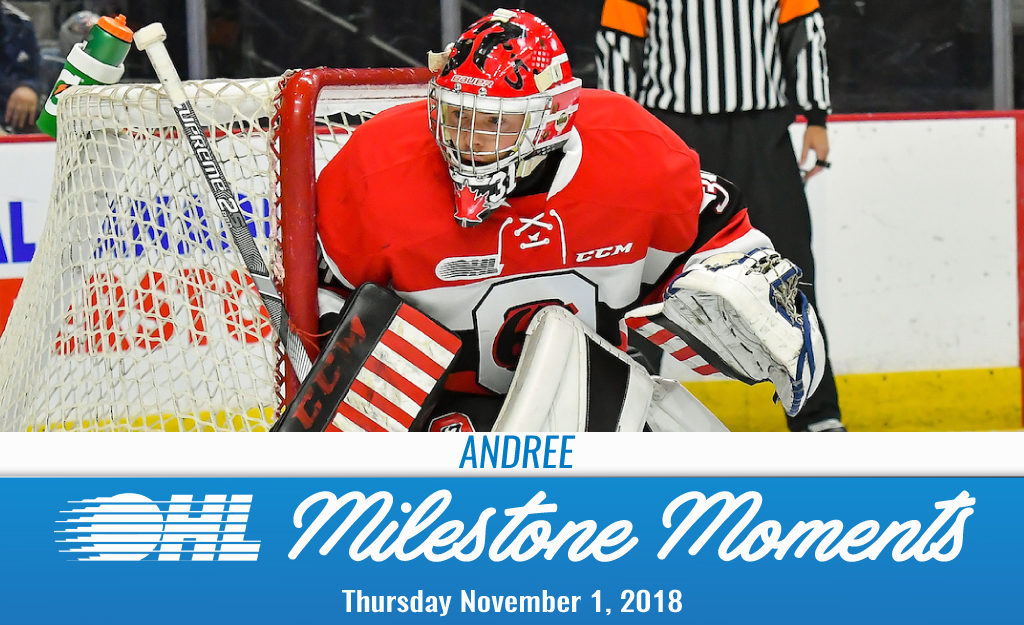 CEDRICK ANDREE (OTTAWA 67’s):
Sophomore netminder Cedrick Andree stopped all 26 shots he faced as the Ottawa 67’s won for the 10th time in 11 games, defeating the Windsor Spitfires 1-0 on the road. Andree’s 10th straight win and first career OHL shutout saw the reigning Vaughn OHL Goaltender of the Month come up with numerous high-quality saves as Tye Felhaber came through with the third period game winner. The 18-year-old native of Orleans, Ont. improves to 11-2 on the campaign with a league-leading 2.39 goals-against average and a .912 save percentage. He was Ottawa’s 12th round pick in the 2016 OHL Priority Selection.