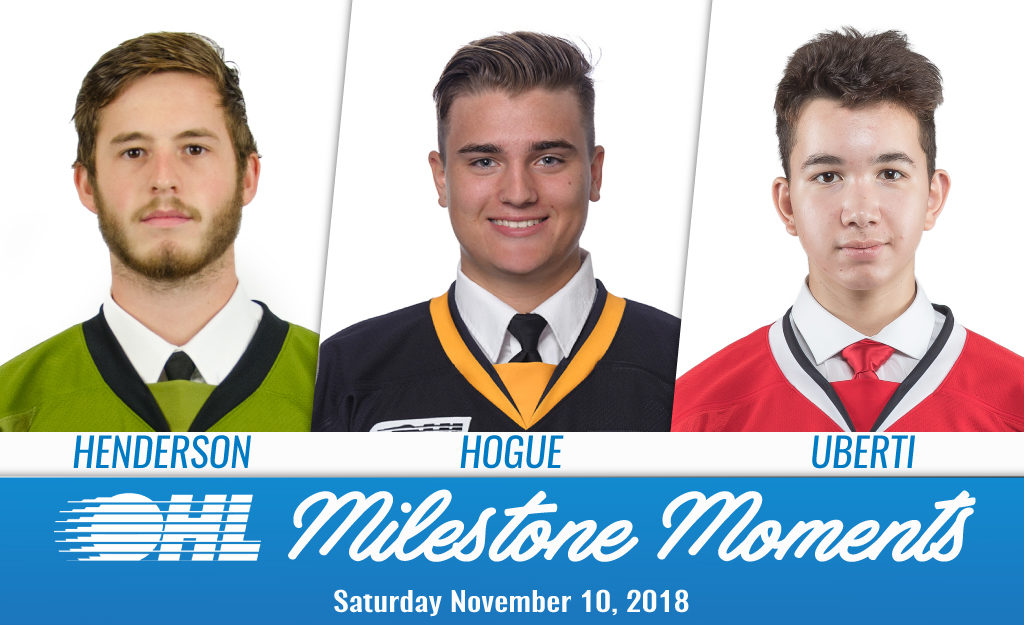 BRADEN HENDERSON (NORTH BAY BATTALION):
Blueliner Braden Henderson picked up his first OHL goal in his 70th career contest Saturday in a 4-3 North Bay Battalion win over visiting Niagara. The 18-year-old from Baxter, Ont. put the Troops up 3-2 on the power play with seven minutes left in the second period as Adam McMaster and Simon Rose collected assists. Henderson joined the Troops after starting last season with the Sarnia Sting. He has two points (1-1–2) in 18 games this season. Henderson was Sarnia’s sixth round pick in 2016 from the Barrie Colts Minor Midgets.

ALEXANDRE HOGUE (SARNIA STING):
Another defenceman, Sarnia’s Alexandre Hogue got on the board for the first time in his OHL career on Saturday. Hogue struck on the power play with help from Nick Grima and Adam Ruzicka, tying the score at two. The 5-foot-7, 184Ib. defenceman from Embrun, Ont. is in his second OHL season after being Sarnia’s second round (37th overall) pick in 2017. He is a graduate of the Cumberland Grads Midget AAA program where he was named the 2017 HEO Player of the Year.