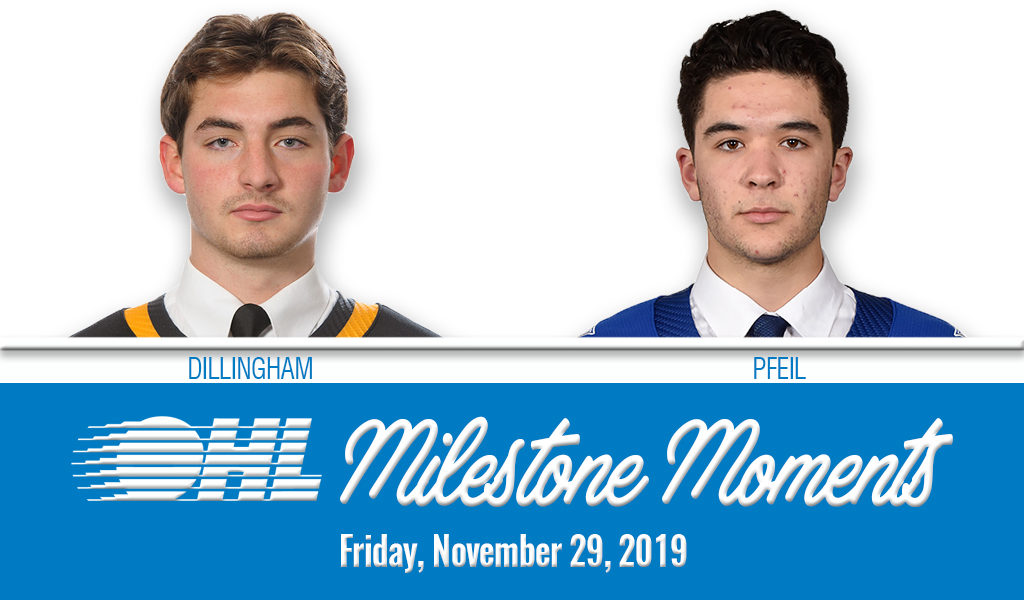 NOLAN DILLINGHAM (SARNIA STING)
Sarnia Sting sophomore Nolan Dillingham’s first career OHL goal came in a 5-2 loss to the Niagara IceDogs on Friday. The 6-foot-1 Mississauga native suited up for 18 games with the Sting in his rookie season, and has five points (1-4-5) through 20 games played this year. Dillingham was a fourth round selection of the Sting in the 2018 OHL Priority Selection from the Mississauga Rebels Minor Midgets.

LUCAS PFEIL (KITCHENER RANGERS)
Lucas Pfeil earned his first career OHL shutout in net for the Kitchener Rangers as they blanked the division rival Owen Sound Attack 3-0. The 19-year-old, who hails from Owen Sound, suited up in his eighth game of the season and currently owns an .888 save percentage and 3.35 goals against average. He spent the majority of the 2017-2018 season with the GOJHL’s Kitchener Dutchmen, suiting up for one game with the Rangers, and played 27 games with the Rangers last season. Kitchener selected Pfeil in the sixth round of the 2016 OHL Priority Selection from the Grey-Bruce Highlanders Minor Midgets.