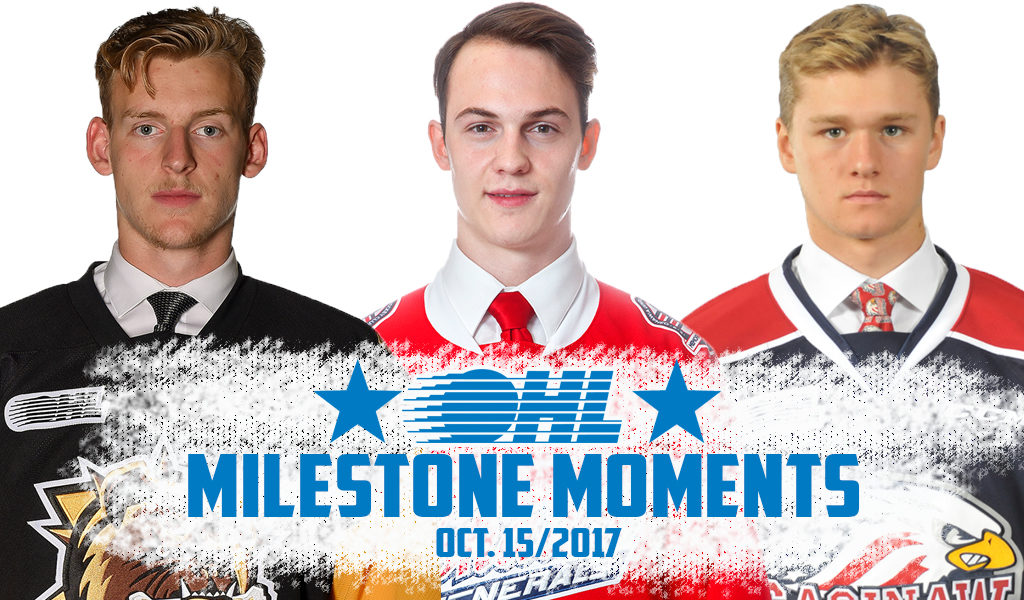 REILLY WEBB (HAMILTON BULLDOGS):
Detroit Red Wings prospect Reilly Webb knotted the score at three with 1:41 remaining in the third period on Sunday, helping the Hamilton Bulldogs overcome a late 3-2 deficit in North Bay. Brandon Saigeon stripped a puck down low in the North Bay zone before finding Webb at the blue line who wristed a shot past goaltender Julian Sime. The 18-year-old Webb has played in parts of three OHL seasons and is back healthy in 2017-18 after being limited by injuries the past two campaigns. The Stoney Creek, Ont. native was Detroit’s sixth round pick this past summer.

AIDAN PRUETER (SAGINAW SPIRIT):
Aidan Prueter‘s first career OHL goal couldn’t have come at a better time. The 16-year-old scored on the power play with 2:24 remaining in the third period to break a 3-3 stalemate and give the Saginaw Spirit a win over the visiting Mississauga Steelheads. Defencemen Keaton Middleton and Marcus Crawford drew assists on the goal as Prueter, a second round (24th overall) pick in April, got into the goal-scoring column. The 5-foot-10, 170Ib. native of London, Ont. is a graduate of the London Jr. Knights minor midget program.