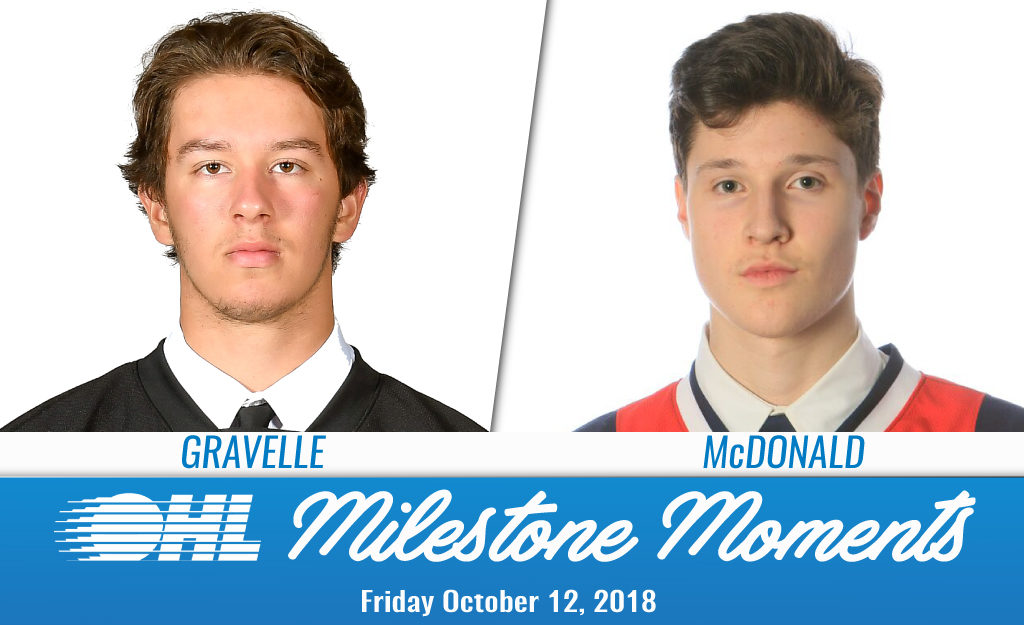 KYLE McDONALD (WINDSOR SPITFIRES):
Windsor Spitfires rookie Kyle McDonald saved his first career OHL goal for his hometown. The 16-year-old was the lone Spitfires goal-scorer in a 4-1 road loss to the Ottawa 67’s. McDonald struck unassisted with 1:16 left in the second period, putting Windsor on the board but that’s all the offence they’d be able to come up with. The 6-foot-4, 186Ib. winger is a graduate of the Ottawa Jr. Senators Midget AAA program. He was Windsor’s second round pick last spring.

JAKE GRAVELLE (HAMILTON BULLDOGS):
Eighteen-year-old defenceman Jake Gravelle found the back of the net for the first time in his OHL career on Friday. The Hamilton Bulldogs rearguard scored against the team that drafted him, lighting the lamp in his 17th career OHL contest in a 4-3 road loss to the Mississauga Steelheads. Gravelle’s power play marker came 2:41 into the second period with assists from rookies Logan Morrison and Avery Hayes. A native of Callander, Ont., Gravelle is a graduate of the Don Mills Flyers Minor Midget program. He split last season between Hamilton, Mississauga and the Mississauga Chargers of the OJHL.