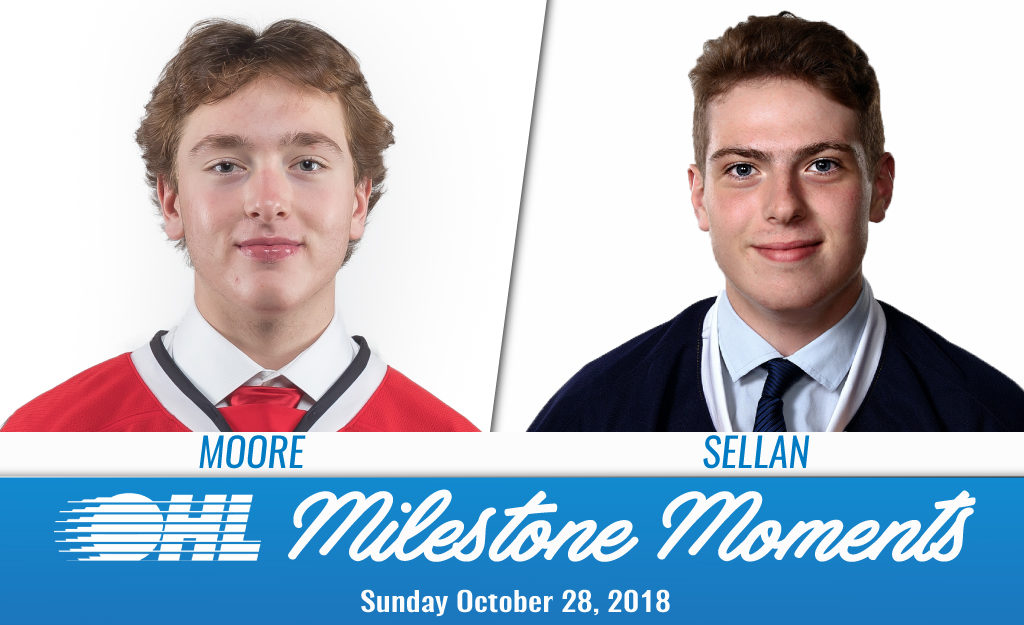 LLEYTON MOORE (NIAGARA ICEDOGS):
Lleyton Moore took a feed from partner Billy Constantinou to blast a slapshot past Flint’s Luke Cavallin for his first OHL goal. The rookie defenceman from Woodbridge, Ont. finished with a plus-3 rating on Sunday as the IceDogs won their fourth straight contest. The 12th overall pick of the 2018 OHL Priority Selection, Moore is a Toronto Marlboros Minor Midget graduate and has seven points (1-6–7) through his first 15 games of the season.

BRENDAN SELLAN (ERIE OTTERS):
Erie Otters rookie Brendan Sellan scored for the first time in his OHL career on Sunday, picking off a Mississauga turnover before beating goaltender Joe Ranger under the blocker. Linemate Brendan Hoffmann picked up an assist as the Otters went on to win 5-4 in overtime. A Vaughan Kings graduate, Sellan was Erie’s fifth round pick in the 2017 OHL Priority Selection before spending last season with the Vaughan Kings Midget AAA team. He has two points (1-1–2) through 10 games this season.