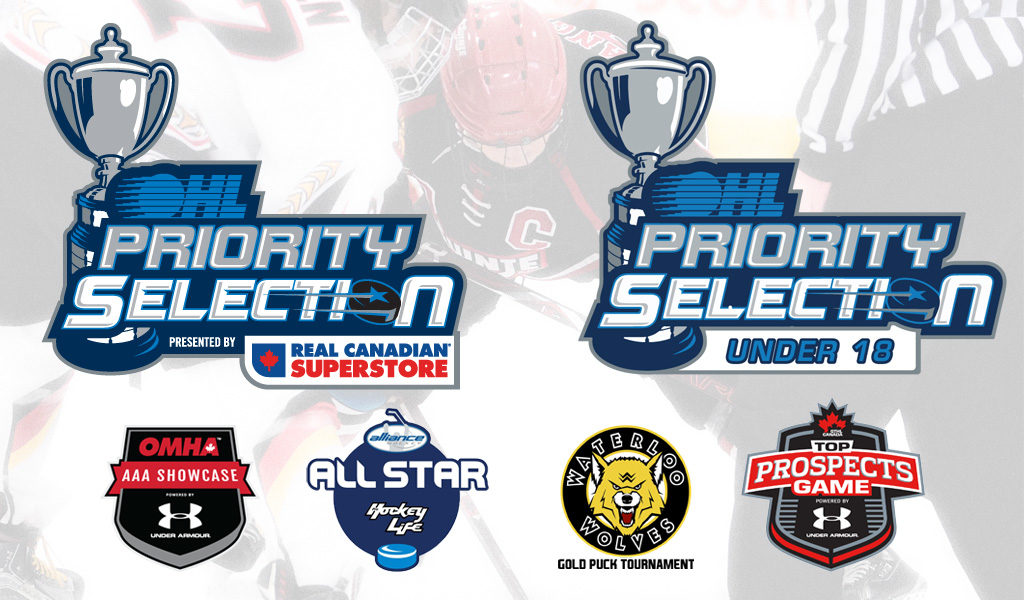 The Compuware U16 program wrapped up November by winning the Gloria Rints International Silver Stick Tournament in Whitby, setting the stage for a busy December across the Minor Midget and Midget AAA circuits.

Later this month, top Minor Midget players from across North America will converge on Toronto for the annual Marlboros Holiday Classic that features 60 teams from throughout Ontario and the United States. The tournament will run from December 27-30 at Canlan Ice Sports Arena Etobicoke, York as well as Westwood Arena.

Here’s a look at some of the top recent Minor Midget and Midget AAA performances from across the region.

The 10th annual GTHL Top Prospects Game held at the Scotiabank Pond featured a big crowd on hand with scouts from across the Ontario Hockey League in attendance.

Team Graves-Primeau-Tucker had a pair of goals from Del Monte while Toronto Marlboros teammates Danny Zhilkin and Ethan Del Mastro also found the back of the net. The Don Mills Flyers trio of Shane Wright, Brennan Othmann and Brandt Clarke accounted for Team Clark-Weaver-Corson goals.

Del Monte and Wright received Player of the Game honours for their respective clubs.

The Sudbury Minor Midget Wolves were crowned champions of the 48th Waterloo Gold Puck Tournament, defeating the Kitchener Jr. Rangers by a score of 3-1 in the championship final.

Sudbury played to a perfect 6-0 record, defeating the Silver Stick Champion Compuware U16 program by a score of 4-0 in semi-final action before claiming victory over Kitchener.

In Midget AAA action, the North Bay Trappers defeated the Oakville Rangers by a score of 7-1 to be crowned champions. North Bay also went 6-0, defeating the Clarington Toros 3-2 in semi-final action to reach the championship game.

The SCTA Minor Midget Showcase took place at the Sixteen Mile Sports Complex in Oakville, Ont. this past weekend. The weekend featured 10 games as the Niagara North Stars and Halton Hurricanes came away with 2-0 records. Top performers on the weekend included Niagara North’s Matteo Giampa (13-20—33) and Halton’s Lawson Sherk (10-22—32).

In the OMHA Midget AAA All-Star Game, the SCTA prevailed over the ETA by a score of 7-5. Jonah Boria (Niagara North Stars) earned Player of the Game honours for the victors while Steve Whittle (York-Simcoe Express) earned the distinction for the ETA.

Some of the league’s top scorers in Whitby’s Brenden Sirizzotti (22-37—59), Peterborough’s Jon-Randall Avon (22-19—41), York-Simcoe’s Ryan Cutler (9-22—31) and North Central’s Ethan Larmand (18-12—30) earned Player of the Game honours for their respective clubs throughout the course of the weekend.

In the weekend’s Midget AAA All-Star Game, the West All-Stars defeated the East All-Stars by a score of 4-1. Adam Miwa (Richmond Hill Coyotes) earned Player of the Game honours for the West while Kitchener Rangers prospect Matt McCullough (Clarington Toros) earned the distinction for the East.

The Ontario Hockey League released the Week 4 edition of the OHL Cup powered by Under Armour Top 10 Rankings this past Tuesday. The Don Mills Flyers continue to lead the way. Full Rankings