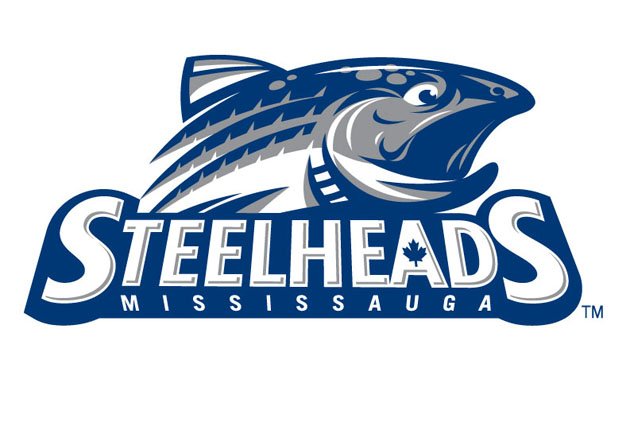 Mississauga, Ontario – On the heels of the announcement of the new team name last week, the newly named Mississauga Steelheads are set to launch their  logo for the 2012-2013 season.

The logo depicts a Steelhead trout with its traditional markings and will include the “Steelheads” name in capital letters with the City of Mississauga name below. As a touch of Canadian patriotism the logo will also include a small maple leaf within the name. The logo will act as the team’s primary jersey logo during the season.

“We are very proud of our new logo and we are hopeful all of Mississauga and environs becomes proud as well, for our positive efforts both on and off the ice” said owner, Elliott Kerr. City of Mississauga Mayor Hazel McCallion is also impressed with the new look of the franchise. “The new Steelhead logo is a great representation of Mississauga’s heritage, the importance of the Credit River and one of its prized inhabitants, the Steelhead Trout, whose strength, determination and prowess will be brought to life by the skilled and dedicated players as they compete and help create a renewed energy and enthusiasm for the sport of hockey in our community.”

With the announcement of the logo, the team will begin to develop a number of promotional and merchandise items that will be available for sale during the year at the team store located at the Hershey Centre.