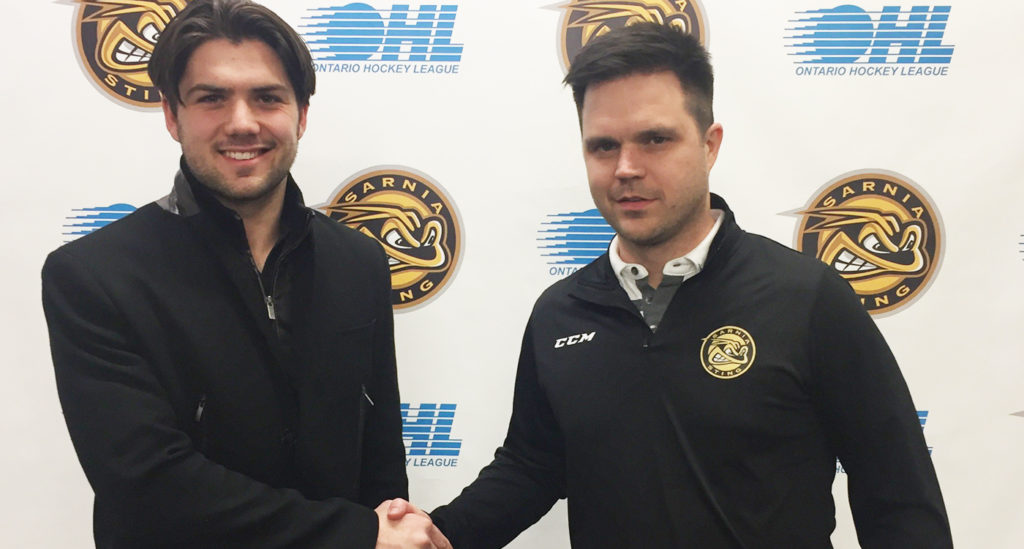 Eliot, a Grosse Point, Mich. native was originally selected by the Sting in the 11th round (204th overall) in the 2014 OHL Priority Selection, explains his decision to join the Sting.

“I have chosen to join the Sarnia Sting in hopes of pursuing my interests to play professional hockey one day while being able to combine that with continuing to work towards earning my college degree.  The club is having an outstanding season and I am extremely excited to join them down the stretch and into the playoffs.”

Eliot was in the midst of his sophomore season with the Michigan State Spartans and played two seasons with the Muskegon Lumberjacks of the USHL prior to that.   He has also played on the International stage serving as the Team USA Captain at the 2016 Ivan Hlinka Memorial Tournament.

Sinclair explains his excitement in having the 1998 born defenceman joining the organization.

“To be able to add a veteran defenceman who has been playing at such a high level is huge for our hockey club.  We had always left the door open to Mitch and we are very happy that he and his family have chosen to join us to further Mitch’s development both on and off the ice.  He is a very good two-way defenceman and is also a very mature young man who has been around pro hockey all of his life.  Again we are extremely excited to welcome both Mitch and his family to the Sarnia Sting Hockey Club.”

Eliot is expected to make his debut with the Sting tomorrow night when the Niagara Ice Dogs make their only visit of the season to the Progressive Auto Sales Arena.  Puck drop is set for 7:05pm.