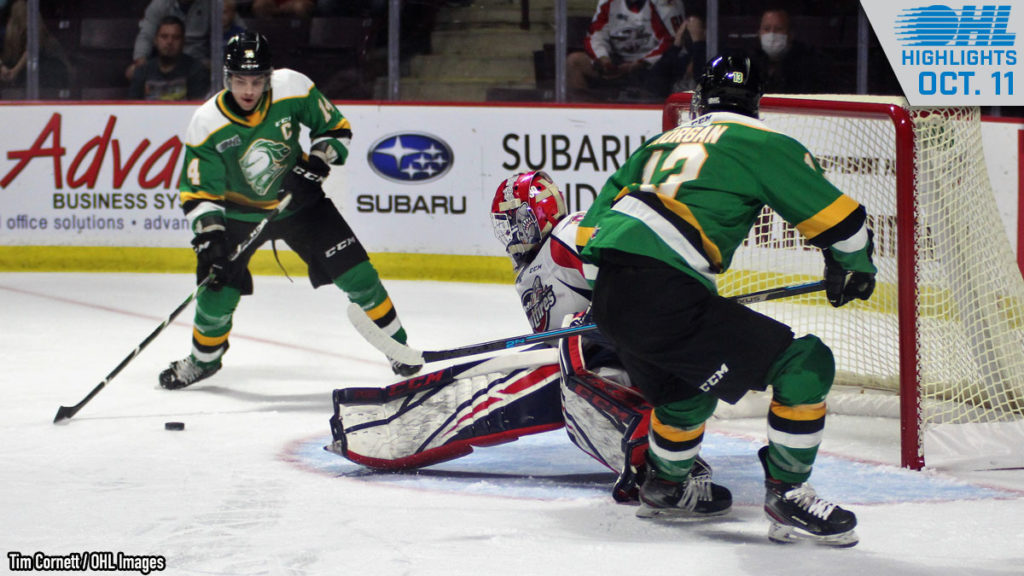 LONDON 4, WINDSOR 3 SO
– Luke Evangelista and Colton Smith found the back of the net in an eight-round shootout that went the way of the London Knights for a 4-3 final.
– Evangelista also scored a pair of goals in the win.
– Stuart Rolofs folowed-up his first career OHL goal on Saturday with another, opening the scoring on the power play 6:17 into the opening frame.
– Spitfires 2020 first round pick Ryan Abraham scored his first OHL goal.
– Dallas Stars prospect Wyatt Johnston earned a goal and an assist in his team’s loss.
– London’s Brett Brochu made 35 saves on 38 shots and proceeded to stop seven of the eight Windsor shooters he faced in the shootout to collect the win.
GAME CENTRE & HIGHLIGHTS

OTTAWA 7, OSHAWA 3
– The Barber Poles emerged from the long weekend with a lopsided 7-3 win over the Oshawa Generals on home ice.
– Shortly after signing an entry-level contract with the Nashville Predators, Jack Matier led the 67’s to victory with two goals and three assists, netting his first career OHL goal in the process.
– Calgary Flames pick Jack Beck potted a pair of goals and pitched in with an assist.
– Cameron Tolnai finished the day with three assists and went 11-for-17 in the faceoff circle.
– Vinzenz Rohrer picked up a goal and an assist while Thomas Johnston recorded two helpers.
– Second overall 2021 pick Calum Ritchie scored his third OHL goal in as many games and later added an assist.
– The shots would end up 29-24 in favour of the Gens as Ottawa’s Collin MacKenzie earned the win in his first OHL start.
GAME CENTRE & HIGHLIGHTS 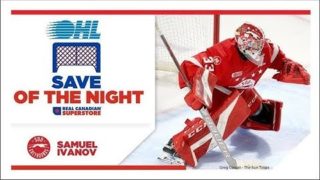 0:25
Samuel Ivanov save of the night
Real Canadian Superstore Save of the Night: Ivanov at the Buzzer!
19 hours ago 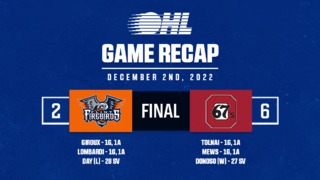 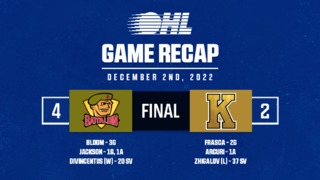 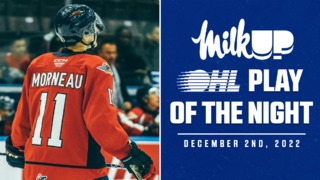 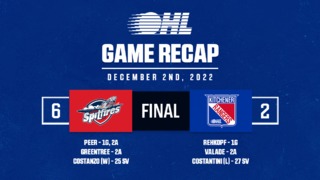 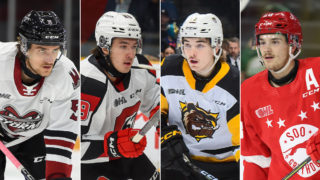