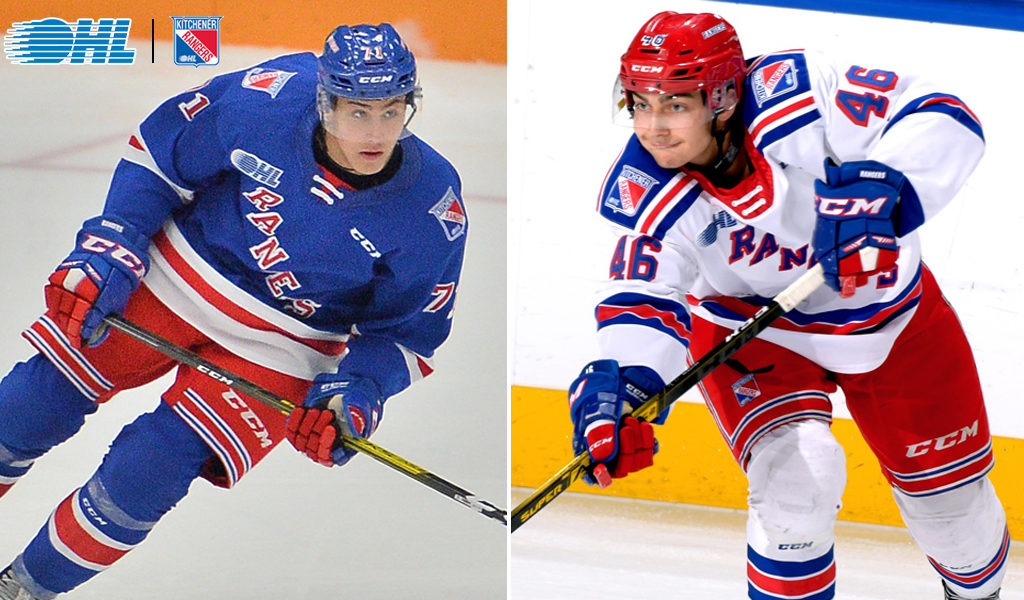 They say that food brings people together. For Simon Motew and Franceso Pinelli, it comes a very close second to playing hockey for the Kitchener Rangers.

One of the main reasons for that “foodie” bond is their shared love of Italian cuisine. It was a mainstay at the Pinelli household growing up, but it’s developed into Motew’s cuisine of choice over the years.

His passion for Italian food evolved further as the two were paired with billets Rick and Janice Bolzon. Pinelli’s mom would often follow the team to away games and drop off a care package for both players afterward.

“It was pretty funny eating pasta and meatballs on the bus with the rest of the guys getting jealous,” Pinelli said.

During Sunday off-days earlier in the season, he regularly welcomed Motew to his family’s home in Stoney Creek, ON for homemade pizza, arancini, or pasta.

“(Motew) would always mispronounce the names of the Italian dishes though, so I would always have to correct and teach him – so that always made for a good laugh,” he said.

It was those types of moments that made their rookie seasons so memorable.

“We’ve treated each other like brothers because we connected right away,” said Pinelli, who previously played alongside Motew with other Canadian players on an American minor hockey squad for a couple of spring tournaments.

Pinelli and Motew were both quick to credit the Bolzons for the additional support they provided off the ice.

“Meals with them were always pretty fun. We always cracked jokes around the table with them. They helped us become closer,” said Motew.

Their second “family” also provided some invaluable tutoring when it came to Motew navigating through his chemistry classes or Pinelli working through his math homework.

“We were always competitive with our grades too,” Motew said.

In the end, having a friend like Pinelli was invaluable for a smooth transition to playing in the OHL – and a different country. The seeds for their friendship were planted as soon as Motew arrived in Kitchener directly from Germany after playing for the US Under-17 Select Team at the 2019 Five Nations Tournament.

“We could talk about anything. It made my rookie season a little easier having Francesco around,” Motew said. The native of Highland Park, IL finished the season with 11 points in 34 games.

Pinelli shared an almost identical viewpoint, as he reflected on finishing his season in the OHL’s top five for goals, assists, and points by a rookie.

“To have someone in the dressing room as good a friend as Simon, it made my first year in the league a lot more comfortable and fun.”