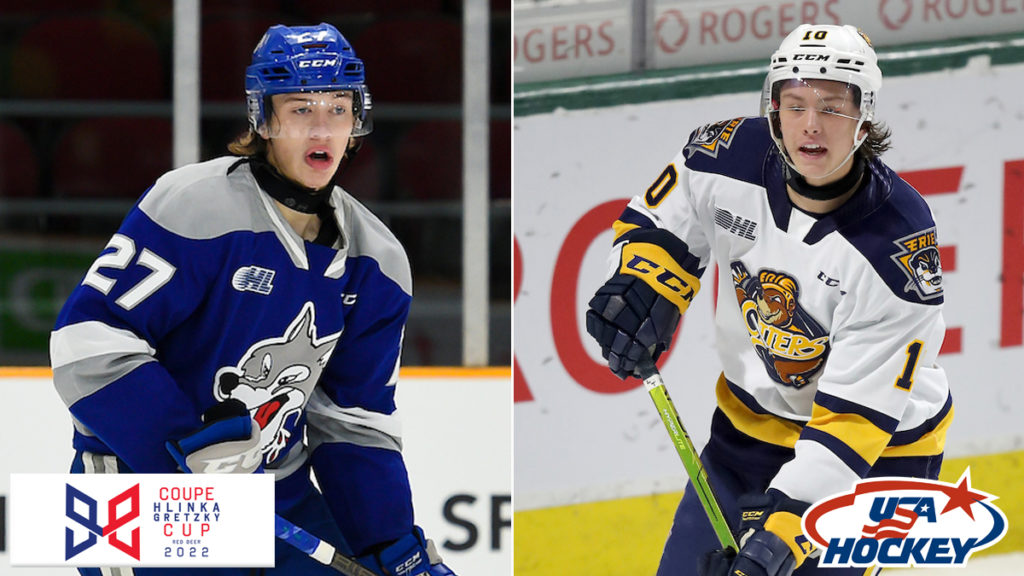 Colorado Springs, Colo. – USA Hockey announced today the 24-player roster for its 2022 U.S. Under-18 Men’s Select Team which will compete at the 2022 Hlinka Gretzky Cup in Red Deer, Alta. from July 31 to August 6. The roster was announced following the USA Hockey Boys Select 17 Player Development Camp held in Amherst, NY.

Included on the roster are a pair of OHL forwards in Quentin Musty of the Sudbury Wolves and Carey Terrance of the Erie Otters who both come off their rookie seasons in the OHL.

The U.S. will compete alongside Czechia, Finland and Germany in Group B at the 2022 Hlinka Gretzky Cup, hitting the ice for pre-tournament action on July 29th against Slovakia. They open their preliminary round on July 31 against Germany.