James Neal and the Plymouth Whalers have been virtually unstoppable and people around the league have taken notice.

“That team could give some American Hockey League teams a run for their money,” Windsor head coach Bob Boughner told The Windsor Star after a pair of weekend losses to the Whalers.

“Their fourth line could probably be a second or third line on other teams,” Windsor defenceman Keith Wynn said.

“They may not lose another game this year,” said an Eastern Conference coach.

After starting the season with a ho-hum 8-9-0-0 record, the Whalers dominated their next 37 games, picking up 30 wins along the way. They are on a five game winning streak and have won nine of their past 10 games.

Neal, a veteran power forward, has been a key to their success so far. He has record points in 11 straight games and has 11 points during the team’s current five-game winning streak.

“We’re putting things together now,” said Neal, a 19-year-old native of Whitby, ON. “The guys are good in the locker room. We’re kind of expecting to make a run. Hopefully we can keep it going into the playoffs.”

With every game becoming more and more important, Neal has emerged as a take-charge kind of guy. He led the team with nine goals and 16 points in 13 playoff games last year and plans to be front and centre when the post season rolls around again next month.

“I like playing under pressure — that’s when the game gets fun,” said Neal, who has set a new career high with 26 goals this season. “I’ve been doing that all the way up and hopefully I can do that again this year and we can take a run in the playoffs.”

Neal faced that pressure in January when he helped Canada win the gold medal at the World Junior Championships in Sweden. He was held off the score sheet during the tournament, but loved the experience nonetheless.

“It was really special,” Neal said. “Just being able to make the team was something. Going over there and doing what the team did is something I’ll always remember. It was one of the best times of my life.”

Neal was an early second round pick of the Dallas Stars in the 2005 NHL Entry Draft. He made a big impression at training camp last fall and signed a three-year contract with the club in October.

“It was unbelievable,” Neal said. “I just went into camp and tried to do what I could do. I had a pretty good camp and I got into an exhibition game. It was great. I’m really happy with what happened there. It’s something that you dream of doing — signing an NHL contract. It’s been great.”

With his NHL future apparently in check, Neal is focused on helping the Whalers succeed in the OHL playoffs. Coming out of the Western Conference will be a difficult task, but the Whalers have added playoff experience in Daniel Ryder to go along with veteran scorers like Evan Brophey, Tom Sestito, Dan Collins and Jared Boll, who all have 20 or more goals this season. They will also count on Neal’s physical play to help them advance.

“I just try to be a power forward,” Neal said. “I try to bang bodies and put the puck in the net. Whatever they want me to do, I’ll be happy to do.”

alumni
OHL Footprint: Coaches in the NHL
1 hour ago 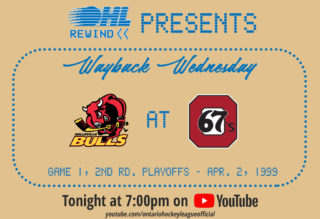 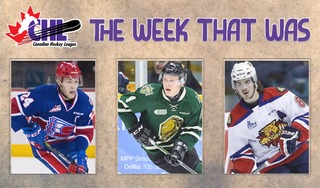