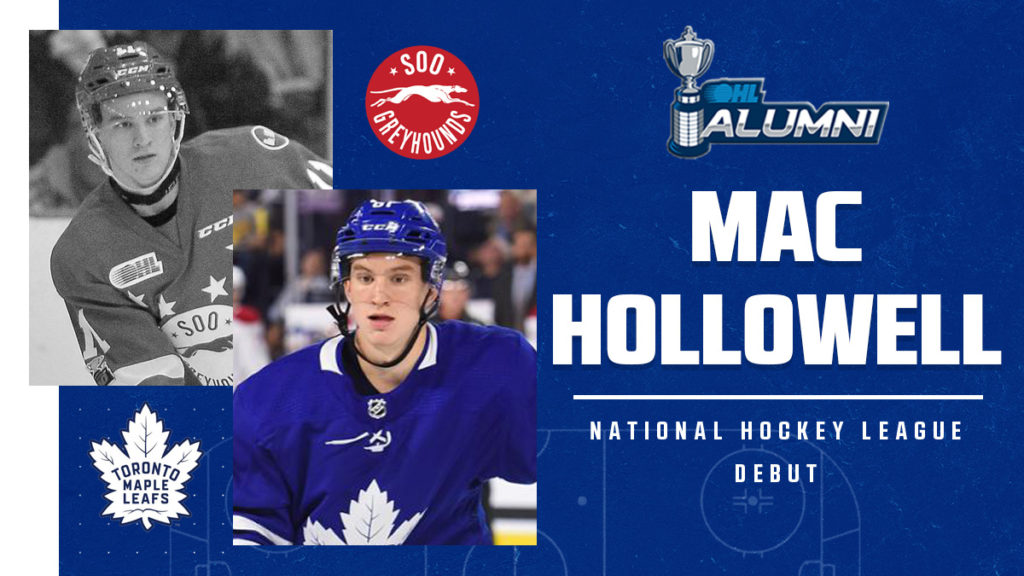 Developing a reputation in the OHL for playing a game much bigger than his 5-foot-9, 170Ib. frame, former Soo Greyhounds defender Mac Hollowell has hustled his way into the National Hockey League. The 24-year-old from Niagara Falls, Ont. saw his first NHL action on Wednesday, helping the Toronto Maple Leafs snap New Jersey’s 13-game winning streak with a 2-1 win at the Prudential Center. Hollowell saw 12:26 of ice in his debut, recording a hit while blocking one shot.

The hard-working defender entered the OHL as a 12th round pick by Sault Ste. Marie back in 2014. He played 259 regular season games over parts of five seasons, recording 42 goals, 141 assists and 183 points. He impressed in his overage season, scoring 24 times with 53 assists and 77 points over 64 games, being named to the OHL’s first all-star team. Hollowell also played a big role in Sault Ste. Marie’s Western Conference championship in 2018, catching the attention of the Leafs, who selected him in the fourth round of the NHL Draft.

Hollowell has spent the past three seasons largely with the American Hockey League’s Toronto Marlies. He’s recorded nine assists through his first 11 games of the 2022-23 AHL season.