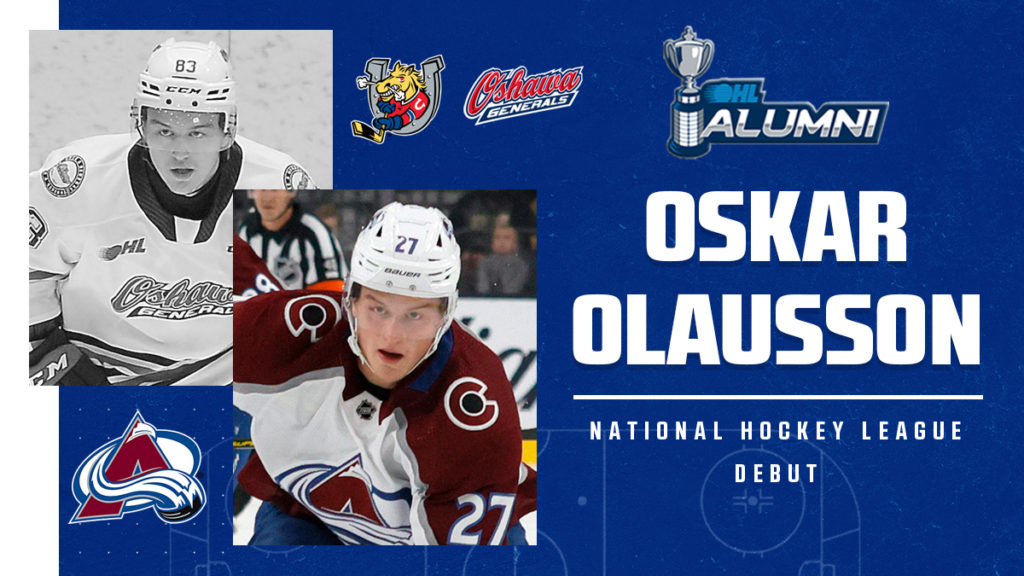 Former Oshawa Generals and Barrie Colts forward Oskar Olausson saw his first NHL action on Wednesday night in Denver, suiting up in a 4-3 Colorado Avalanche loss to the Vancouver Canucks. The product of Stockholm, Sweden saw 7:02 of ice time in the loss, lacing up the skates in the NHL for the first time as a freshly-turned 20-year-old.

Olausson split last season between Barrie and Oshawa, recording 49 points (26-23–49) in 55 games between the two clubs. Originally Barrie’s second round (118th overall) pick in the 2021 CHL Import Draft, Olausson came to the OHL after being selected in the first round (28th overall) of the 2021 NHL Draft by Colorado.

A 6-foot-2 left-hand shot who often plays the right wing, Olausson has four goals, four assists and eight points through his first 16 games of the season with the AHL affiliate Colorado Eagles. He was reassigned to the minor league squad following Wednesday’s game.