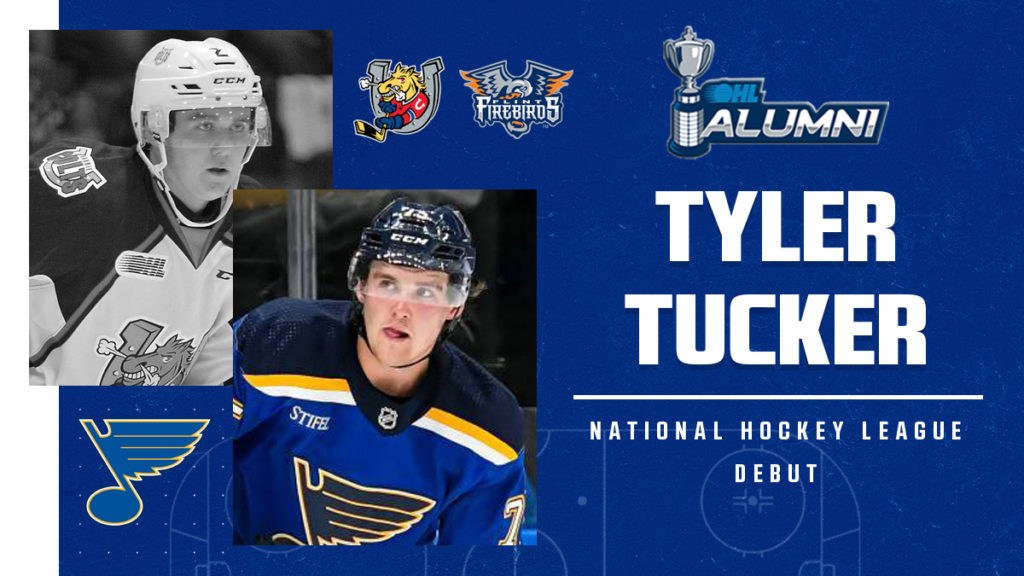 Former Barrie Colts and Flint Firebirds defenceman Tyler Tucker made his NHL debut with the St. Louis Blues on Wednesday night, skating 11:05, registering a shot, a hit and a blocked shot in a 5-2 road win over the Chicago Blackhawks.

A 22-year-old native of Longlac, Ont., Tucker played four seasons in the OHL from 2016-20, recording 35 goals, 117 assists and 152 points over 244 career regular season games on the blue line. He also racked up 330 penalty minutes and finished with a career plus-23 plus/minus rating.

A physical blueliner with a good stride, Tucker entered the OHL as the 14th overall pick of the 2016 OHL Priority Selection and gradually developed into a seventh-round pick of the Blues in 2018. He spent the past two seasons in the American Hockey League, reaching the Calder Cup Final as a member of the Springfield Thunderbirds last season. Tucker has recorded a goal and six assists in 11 games with Springfield to start the 2022-23 season.