NHL Draft reality sets in for OHL’s Vilardi and Tippett 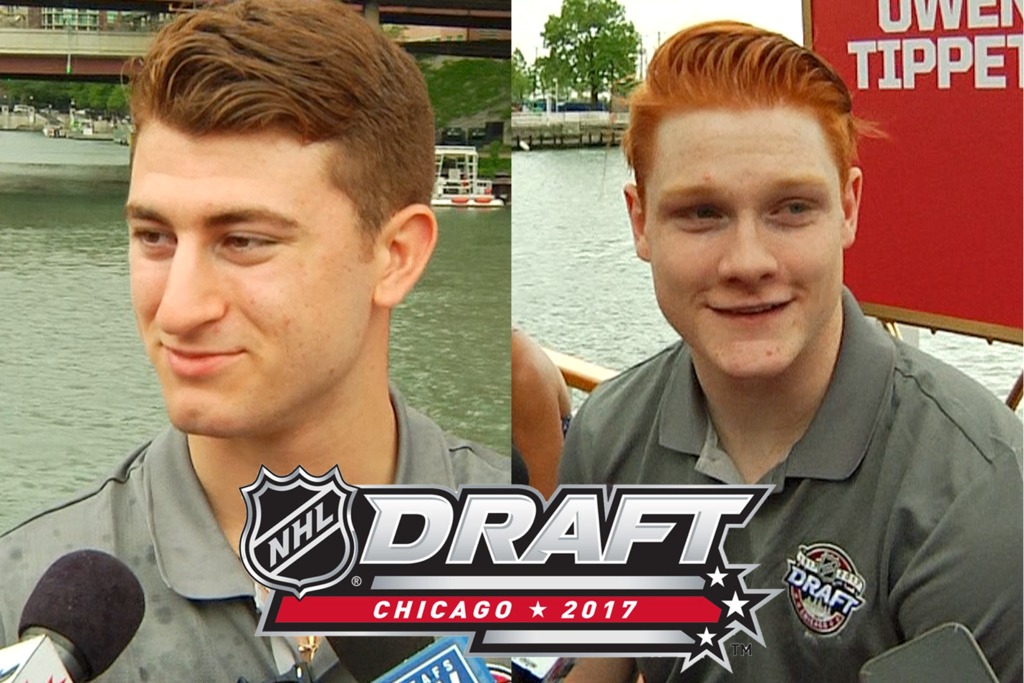 All eyes across the hockey world are focused on Chicago this weekend as the future of the National Hockey League prepares to take the stage at the 2017 NHL Draft.

For prospects across the Ontario Hockey League tonight is like Christmas Eve as players, family, and friends have landed in the Windy City anxiously awaiting the pinnacle moment of selection which is now just hours away.

The OHL boasts 70 players ranked by NHL Central Scouting led by Gabe Vilardi of the Windsor Spitfires at number four, and Owen Tippett of the Mississauga Steelheads at seven.

Both players took part in a special top prospects media availability Thursday afternoon aboard a sightseeing vessel on the Chicago River sharing their emotions a little more than 24 hours pre-draft.

“I’m really excited, more anxious than anything,” Tippett said. “It didn’t really kick in until I landed this morning, but now it’s starting to feel more real.”

Like many prospects, Tippett endured dozens of interviews with teams at the NHL Combine but will take his seat at United Center with uncertainty and anticipation.

“For me, it’s kind of hard to tell just sitting in the interviews the emotions that are going through the room,” said Tippett. “It’s pretty up in the air. You don’t really get a feel really for any team, they kind of keep it pretty quiet. I’m not picky, I’ll be grateful and thankful for any team that picks me.”

Vilardi’s draft experience this week has involved a little more extra curricular activity touring Chicago with several other top prospects to help take his mind away from Friday.

“Tomorrow morning I’ll be pretty excited for sure but I’ve been busy,” Vilardi said. “I went to the Cubs game yesterday which was pretty cool, today I went to the United Center for a ball hockey camp with some kids which was a lot of fun to help them out.”

They’re all No. 1 today. #NHLDraft pic.twitter.com/pa4pa1FbXk

Not only has Vilardi been busy in Chicago, but his whirlwind season in Windsor extended to the last possible day claiming a Mastercard Memorial Cup title that still brings a smile to his face amidst any draft related stress.

“I won the Memorial Cup, and not many draft eligibles can say that,” Vilardi said. “It was a great experience for myself and for the team so it’s something that I’ll cherish forever. Time flies. It seems like a week ago I was just starting the year. It’s been a lot of fun.”

The NHL Draft unfolds for Vilardi, Tippett, and the rest of the hockey world on Friday night beginning at 7:00 pm Eastern on Sportsnet, followed by rounds two through seven on Saturday morning.