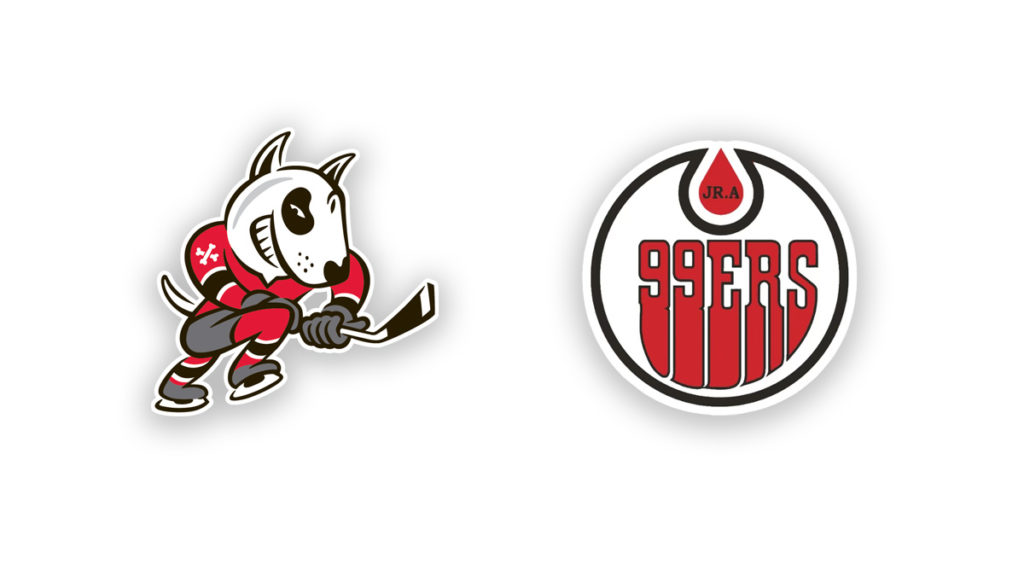 Niagara, ON – The Niagara IceDogs have announced that the club has reached an affiliation agreement with the Brantford 99ers of the Ontario Junior Hockey League (OJHL).

With the agreement, the IceDogs will be able to assign affiliated players, draft picks and prospects to play and develop in Brantford. The Brantford 99ers are a Jr. A hockey team apart of the Ontario Junior Hockey League (OJHL) which had their inaugural season in 2018/19. Brantford and St. Catharines are only separated by 95 kilometres.

“We are pleased to announce our 2022-23 affiliation with the Brantford 99ers in the OJHL,” said IceDogs GM, Darren DeDobbelaer. “The Niagara IceDogs this season have now acquired three players, (G) Vyacheslav Gordeichuk, (F) William Stewart, and (D) Gabriel Runco for draft picks who are players with the Brantford 99ers in the OJHL. There is no better place to develop than in the OJHL, as the league does it right advancing players to higher levels of hockey. We look forward to monitoring their progression throughout the season.”