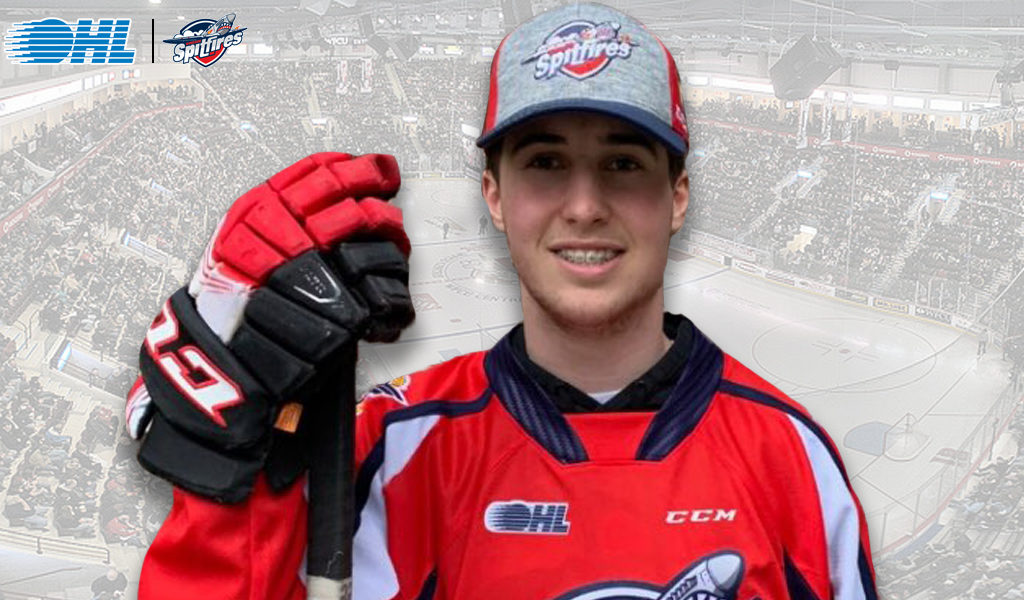 WINDSOR, ON – The Windsor Spitfires announced today that 2020 second round selection Nicholas De Angelis has signed an Ontario Hockey League standard player agreement with the Hockey Club and is set to suit up for the Red, White and Navy in the 2020-21 season.

With the 34th overall selection in the 2020 OHL Priority Selection, the Windsor Spitfires claimed the rights to a strong and talented defenceman in the 2004-born draft class.

The Mississauga Senators blueliner had a great 2019-20 season. De Angelis collected 16 points in 32 games from the back end.

“Nick is a quality young man joining our organization,”  said General Manager Bill Bowler. “He has the ability to make the difference in the Ontario Hockey League over the course of his career.”

“It is really exciting and an honour to be signed with such a great organization. I am excited for what is to come,” said De Angelis.