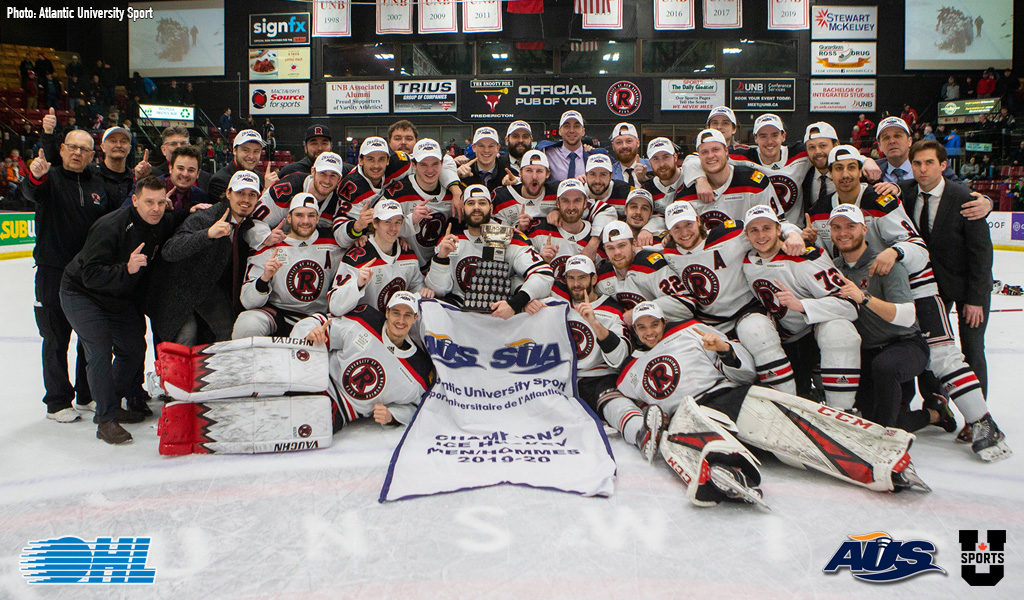 The UNB Reds defeated the Acadia Axemen 5-1 in a deciding Game 3 of the AUS Men’s Hockey Championship Series on Friday night at the Aitken Centre in Fredericton.

“We worked so hard all year, and it’s just another exciting step in the process,” said fifth-year UNB captain Marcus McIvor (North Bay Battalion). “Next week is where our main goal is, and this is another step in the process and I’m so excited and we worked really hard for it.“

Both the Reds and Axemen, along with the third place Saint Mary’s Huskies, have qualified for the 2020 Cavendish Farms University Cup that begins on Thursday in Halifax.

Acadia opened the Final series with a 3-1 road win on Monday as Cristiano DiGiacinto (Windsor Spitfires) and Owen MacDonald (London Knights) had goals. UNB rallied for a 6-0 road win on Wednesday in Wolfville, Nova Scotia before closing out the series at home in Game 3.