Nizhnikov and Keane Commit to Colts 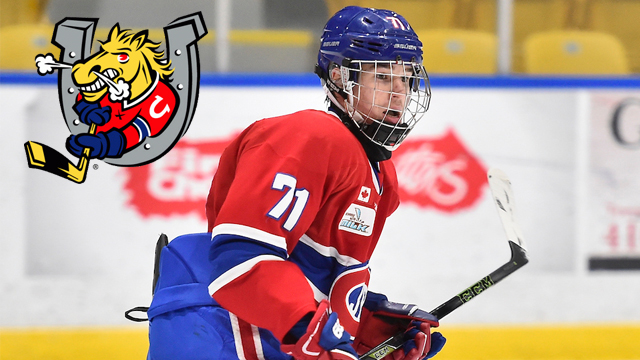 “We are pleased to welcome these individuals to the hockey club, and we very excited about their abilities and what each are capable of,” said GM and Head Scout Jason Ford.

Keane, 17, played last season in the USHL with the Dubuque Fighting Saints, where he appeared in 55 games, recording 2 goals and 11 points. The Barrie Colts selected the Homer Glen, Illinois native in the 5th round (87th overall) in the 2015 OHL Priority Selection draft.

“Joey is a past draft pick that has very good experience at a high level of play, and he brings in with him a combination of strong skating, a high compete level, very good puck moving ability and some grit. He is looking forward to getting acclimated to the OHL.”

Nizhnikov, 16, was the 7th overall pick in this past 2016 OHL Priority Selection draft after spending last season with the Toronto Jr. Canadians where he scored 23 goals and 37 points in 27 games played. The Colts acquired the Russian forward on September 7th in a deal involving divisional rival the Mississauga Steelheads.

“Kirill brings a high skill level up front, and he is eager about bettering himself as a player,” said Ford. “He has all the tools to be able to put serious numbers in this league over time. We are happy both have agreed to be a part of the Colts family.”