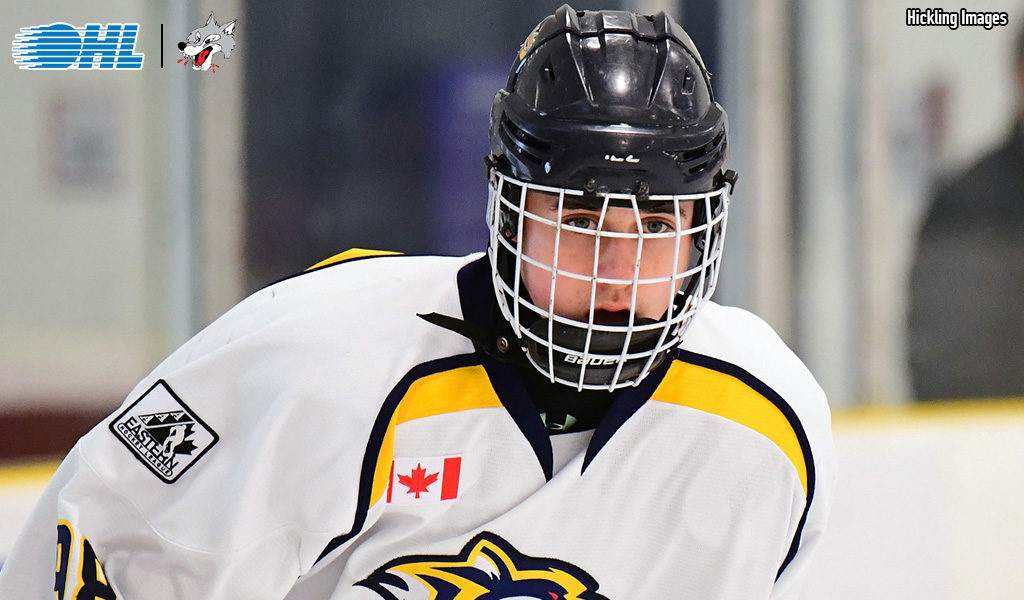 (Greater Sudbury, ON) The Sudbury Wolves are pleased to announce that their 2020 fifth round draft pick from the OHL Priority Selection, defenceman Nolan Collins, has committed to the hockey club.

“We are thrilled to have Nolan commit to the Sudbury Wolves,” said Wolves VP & General Manager Rob Papineau.  “He has grown over the past year and is now over 6’3 and 190 lbs.  He is a big skilled, mobile right shot defenseman.  He skates very well and plays a physical game.  He was over a point a game player in his minor midget year and was a leader on his team wearing a letter, being a big part of the leadership team in Whitby.  Papineau adds, “Nolan was the first defenceman we drafted in the 2020 draft and was a player very highly rated by our scouting staff and, also by OHL Central Scouting that entire season. He is a humble young man and is very excited about playing for the Sudbury Wolves.  We are extremely excited for our future with Nolan being the fourth player from the 2020 draft to commit to the Wolves and the OHL.”

“Last year after the draft I was extremely excited and honoured to have been selected by the Wolves,” said Collins. “A year has passed, and I am thrilled to have officially signed with the pack. I cannot wait to get up to Sudbury and meet the coaches, my teammates, staff, community, and everyone associated with the Wolves organization. I am super driven to play in Sudbury and start the next chapter of my hockey career.”

The Wolves have pivoted the focus on the 2021-22 season and are excited about the future. Stay tuned for more details regarding the 2021-22 season by following us on Facebook, Twitter, and Instagram. Get ready to once again, #RunWithThePack!