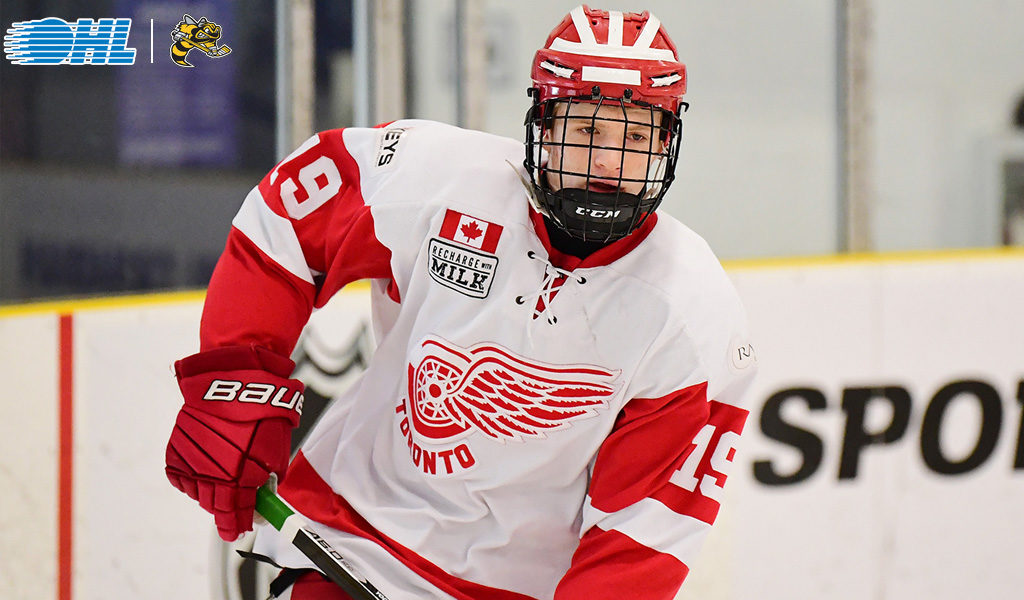 SARNIA, ON – The Sarnia Sting have now received a commitment from their top three picks in the 2019 Ontario Hockey Priority Selection as speedy forward Nolan Dann signs a Standard Player Agreement with the Club.

The Cambridge, ON native played his minor midget season with the 2019 OHL Cup Finalist Toronto Red Wings, which saw him post an impressive 65 points (27 goals, 38 assists) in 72 games played. Dann and the Wings had an impressive OHL Cup tournament that saw them face off in the finals against first overall OHL selection Shane Wright and the powerful Don Mills Flyers before falling short in a dramatic 6-5 overtime decision. The newly signed member of the Sting posted six points in the seven tournament games played.

Dann also participated as a member team GTHL Blue which captured the OHL Gold Cup back in April.

“Nolan is a competitive young man, who plays with a lot of passion. He is a versatile player with good speed and has a natural willingness to go to the dirty areas of the ice. These are exciting elements to his game that Sting fans will come to appreciate.” Comments Sinclair on today’s signing.  “We look forward to working with Nolan as he continues to develop and welcome him to the Sarnia Sting Organization.