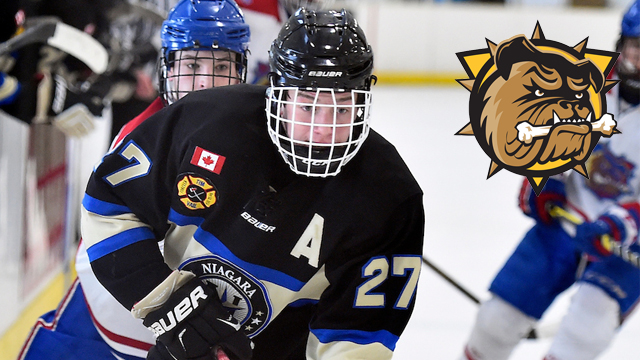 Jackson, 17, was selected in the 4th round (76th overall) in the 2015 OHL Priority Selection. The 6-foot-3, 189-pound forward split last season between the Ancaster Avalanche (GOJHL) and Upper Canada College. In 14 games with the Avalanche, Jackson recorded 8 points (4 goals, 4 assists). In 24 games with Upper Canada College he recorded 22 points (10 goals, 12 assists).

President and General Manager Steve Staios says, “We are very pleased with the progress shown by these young men and they have earned their places within the Bulldogs organization.”