Around the OHL News 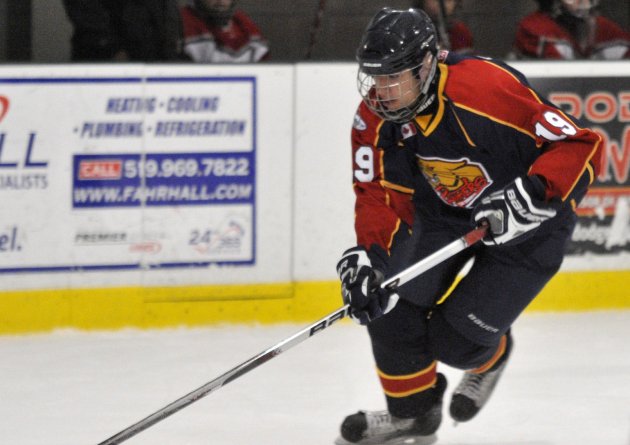 Toronto, ON – The Ontario Hockey Federation today announced the results of the review by Hockey Canada in consideration of the application by Aaron Ekblad, determining that the player is to be granted “exceptional player” status and therefore is eligible for the Ontario Hockey League Priority Selection on Saturday May 7, 2011.

The process was administered by Hockey Canada with a Special Evaluation Panel assembled to evaluate Ekblad’s hockey and academic documentation and assess his level of maturity in reaching their decision.

Born February 7, 1996, the 15-year-old Ekblad is a 6’03, 200 pound defenceman.  This season he played for the Sun County Panthers Minor Midget AAA program recording 34 points in 30 regular season games before producing 21 points in 18 playoff games.  Last season at 14-years-old, he was named a First-Team All-Star at the 2010 All Ontario Bantam AAA Championships after leading Sun County to an ALLIANCE Championship title.

Ekblad becomes the first player since John Tavares in May, 2005, to be granted “exceptional player” status.  Tavares was later selected first overall by the Oshawa Generals in the 2005 OHL Priority Selection and played four OHL seasons recording 433 points in 247 career games before being selected with the first overall pick in the 2009 NHL Entry Draft by the New York Islanders.

Ekblad is also one of 60 skaters that will participate in the 2011 OHL Development Combine powered by Under Armour this weekend April 2-3 at the Hershey Centre in Mississauga, ON.