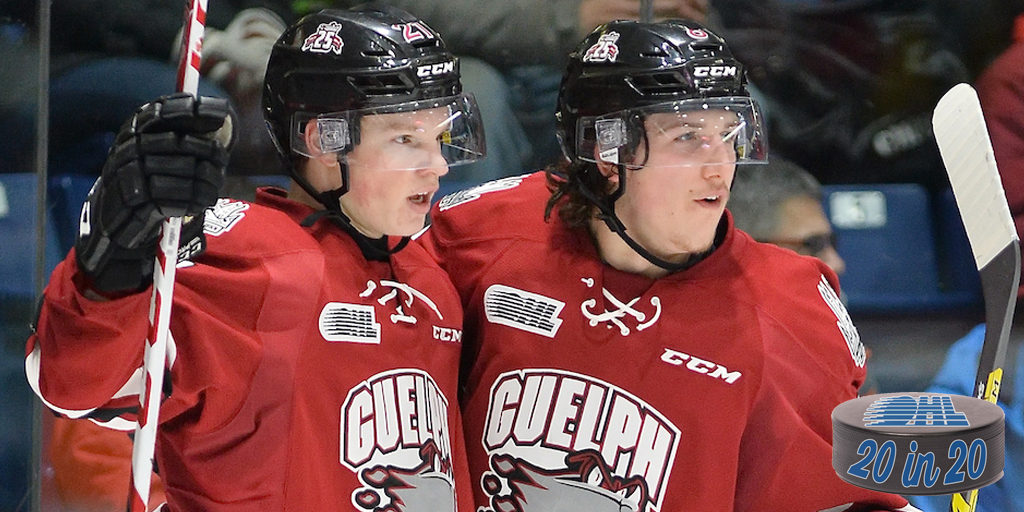 Three seasons removed from an OHL Championship, the Guelph Storm are excited about a fresh start and resurgence in the Midwest Division with a promising crop of young talent.

Veteran graduation is often a consequence of success.

Hoisting the J. Ross Robertson Cup in 2014, followed by a trip to the Western Conference Semi-Finals in 2015, left a year of growing pains for the Guelph Storm in 2016, missing the OHL Playoffs for the first time in over two decades.

While the organization has placed the 2015-16 season in its rear-view mirror, general manager Mike Kelly, whose Storm roots go back to the club’s inaugural season in 1991-92, was candid in his overview of last season.

“Frankly, we probably ended up 10 or 12 points less in the standings than maybe we anticipated,” he said. “We did run into some injuries, but I think as a whole we felt that we’d be more in that 50-55 point range than the 34 that we ended up with. At the end of the day we never lost sight of where we wanted to go and our young kids were given a lot of opportunities to grow and develop.”

Joining the blue line in Guelph is an elite talent, a player whose skating prowess and ability with the puck will have the attention of fans in the Royal City for years to come. Toronto Jr. Canadiens defenceman Ryan Merkley brings a multi-dimensional game to the Sleeman Centre, and Kelly knows his impact will be immediate.

“He’s a special talent,” he said. “His vision and creativity, hands, all of those things are outstanding. They’re going to jump out at the fans right away. Sometimes with young players it takes them awhile to really grow on the fans and it takes some time to appreciate the subtleties of a high-end player’s game. With Ryan there are no subtleties. His abilities jump right out at you.”

While Merkley, who recorded seven goals, 37 assists and 44 points in 33 games last season, will no doubt be the big attraction in Guelph this season, Storm fans have plenty of other things to be optimistic about.

With a 1999 draft class loaded with size and strength up front with the likes of big winger Isaac Ratcliffe, the sturdily built Liam Stevens and big centremen Nick Deakin-Poot and Nate Schnarr down the middle, the Storm are hopeful that they’ll be able to take a step forward offensively.

Leading scorer James McEwan, fresh off a 25-goal season as an 18-year-old, returns to the lineup after attending Development Camp with the Pittsburgh Penguins this past summer while Detroit Red Wings second round pick Givani Smith brings his crash and bang power game to the right flank.

“Right from the get-go when James was at the OHL Combine prior to the OHL Draft, his test results put him in the top five percent of eligible players. He’s one of those classic late bloomers and I think we’re just scratching the surface with what James McEwan can do,” said Kelly of the former ninth round pick from Chatham.

As for Smith, Kelly says the strapping 6’2″, 209Ib. winger has exceeded expectations since coming over from the Barrie Colts in a 2015 deadline deal that saw long-time Storm defender Ben Harpur go the other way.

“Givani is a great kid in our community and in our dressing room,” he said. “He’s even better than what I thought he was when we traded for him quite frankly. That’s a real credit to him as he continues to work hard to become the player that he knows he can be. He’s a second round NHL pick, but I honestly think we could look back and say that Detroit hit a home run there. He could very well play at the level of a first rounder.”

While a lot will ride on the performance of McEwan, Smith, scrappy winger Luke Burghardt and former first round pick Matthew Hotchkiss up front, the Storm see their blue line as a position of strength.

In addition to Merkley coming in, the Storm are eager to see second overall CHL Import Draft selection Dmitri Samorukov make the jump to the OHL. The dynamic rearguard has represented Russia internationally at the World Under-17 Hockey Challenge where he won silver in addition to tours of duty at the World Under-18 Hockey Championship and the Ivan Hlinka Memorial Tournament this past month.

“I’ve compared Dmitri a little bit to our former captain Matt Finn,” Kelly noted. “He has an offensive dimension to his game and he is certainly capable of playing a physical style. He has a high hockey IQ and we think he’ll be a good NHL pick who, despite being 17 years-old, could play in a top-four role for us come January.”

In goal, the Storm are excited about the addition of overage veteran Liam Herbst who came over in an offseason deal with the Ottawa 67’s. The former first round pick has had to overcome adversity in his young career, dealing with a string of injuries that caused him to miss significant time in the crease during his 16 and 17-year-old seasons.

Now healthy, the 6’4″, 193Ib. Herbst enters training camp as Guelph’s lone overage player as he takes on a valuable role in providing the club with stability and a mature mentor for 17-year-old understudy Anthony Popovich.

“Liam is mature beyond his years,” said Kelly of the new acquisition. “He’s very articulate, a bright young man. Being from just down the road in Etobicoke, it’s a good opportunity for him to play close to home and see a lot of time in the crease this season.”

Having played a role in assembling parts of Guelph’s championship club in 1998 and overseeing the team’s 2014 championship effort, Kelly along with second-year head coach Jarrod Skalde and his staff continue to work towards making the Storm competitive again this season, while being of the mindset that development takes time.

“We feel the first 20 games we’re probably going to be considered a young club, but come December 1st, age-wise we’ll probably be average age of an OHL hockey club and we’d expect from that point on that we’d be able to compete against any team in the league,” said Kelly.

After finishing at the bottom of the Western Conference last season, Kelly acknowledges that gaining ground in what looks to be another deep Western circuit will be no easy task for his club.

“Nobody’s really taking a step back,” he noted. “We’re going to have to go forward if we want to secure a playoff position. Our goal certainly is to do so and be a .500-type hockey club at the end of the season. Our long-term goal lies in being a championship calibre team in 2017 and 2018, but make no mistake, we want to be a club that makes big improvements in all facets of the game this season.”

The Storm embark on their upward climb with a home-and-home set against the Saginaw Spirit during OHL Opening Week. 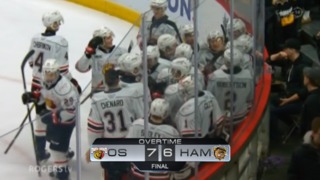 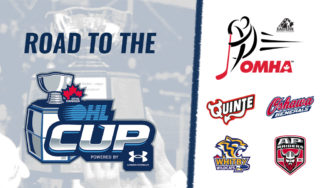